Trailer for The Gallows Act 2!!

From the company that produced Paranormal Activity and Insidious comes the supernatural thriller THE GALLOWS ACT II, a sequel to The Gallows featuring new characters and a new setting opening in select theaters and On Demand Friday, October 25 from Lionsgate.
.

After Auna Rue, a teenage vlogger/aspiring actress, logs onto a sinister website, she’s soon trapped in the malevolent world of a cursed stage play, The Gallows. After performing a passage from the play for her tiny online fan base, Auna instantly achieves the stardom she seeks—as well as a twisted challenge from a deadly spirit (The Hangman) in this nightmarish supernatural thriller from the company that brought you Paranormal Activity and Insidious. 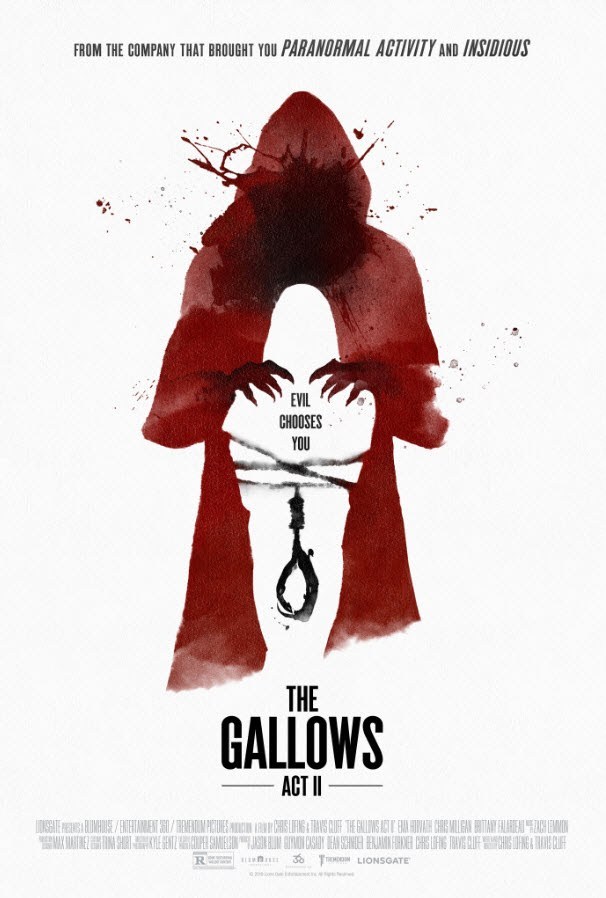 Charles Chudabala to have cameo in The Gallows: Act 2!!