In 1993, a little shareware game was dropped on the public that changed gaming as we know it and gave birth to one of the most popular genres in gaming. Of course I speak of ” Day of the Tentacle”, the sequel to Maniac Mansion.

Nah, just fucking with ya my Grue-ling’s. Though DoT indeed did come out in 1993 and is a great game you should peep, I speak of the one and only, accept no substitutes (Though there are many that tried to be and failed), grand=daddy of the modern FPS…Doom.

I was there, I remember how my 14-year-old mind damn near broke upon seeing the game for the first time on my cousins shiny new 486 Packard Bell PC. It was unlike anything before it. Awesome 3D graphics (2.5D actually, but I didn’t know back then, so who cares!), great headbanging heavy metal inspired music, and lot’s of demons and zombies to slaughter in oh so gory and violent ways. It was everything my sick mind could have ever hoped for. I wept I tell you, I fucking wept! 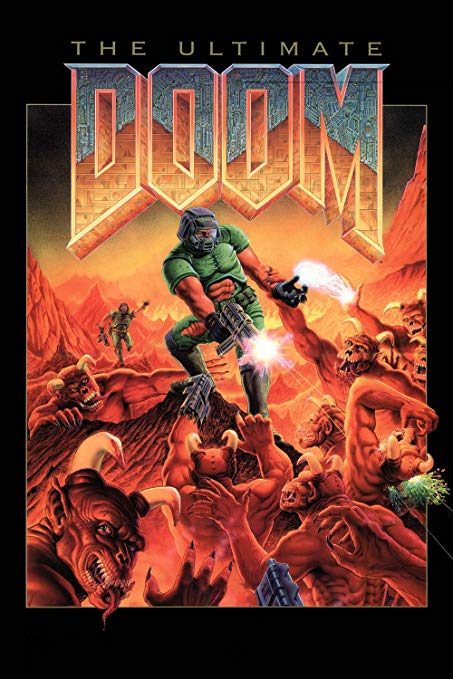 Games like Half-Life, Gears of War, Call of Duty and countless other mega-hits have Doom to thank. It created the modern FPS genre. Bow at the alter bitches!

While on your knee’s make sure to say a prayer of thanks to St. John Romero, one of the fathers of Doom. John and his pal’s at Id Software are responsible for unleashing the awesomeness that is Doom on the world. Hell, he’s the final boss in Doom II! Not even bullshitting you!

Though uber busy these days, John swung by Gruemonkey to chat all thing’s Doom since the game has just recently enjoyed its 25th anniversary. Read on to learn about his new Classic Doom Wad, his thoughts on Doom the movie, and his new companies upcoming game!

Ani: There have been a lot of games that have come and gone over the years that helped the industry evolve, not many though, have the staying power of good ol’ Doom. Over 25 years later and the original game is still played by young and old. and the Doom modding community is very much alive and well. When you and the guys at Id were creating the game, did you think it would have legs like this?

JR: We didn’t think DOOM would live more than five years, tops. We thought that allowing modding would help keep it alive that long, but after 25 years? That’s amazing. I credit the release of the source code to this longevity. The thing about DOOM is the engine is so good, the built-in diminished lighting, the monsters, the sounds – it all just works well when you make your own levels for it. You just spend five minutes making a room with some monsters and you can have fun immediately. There’s not much else like it. Super Mario Maker, of course, but not much else. 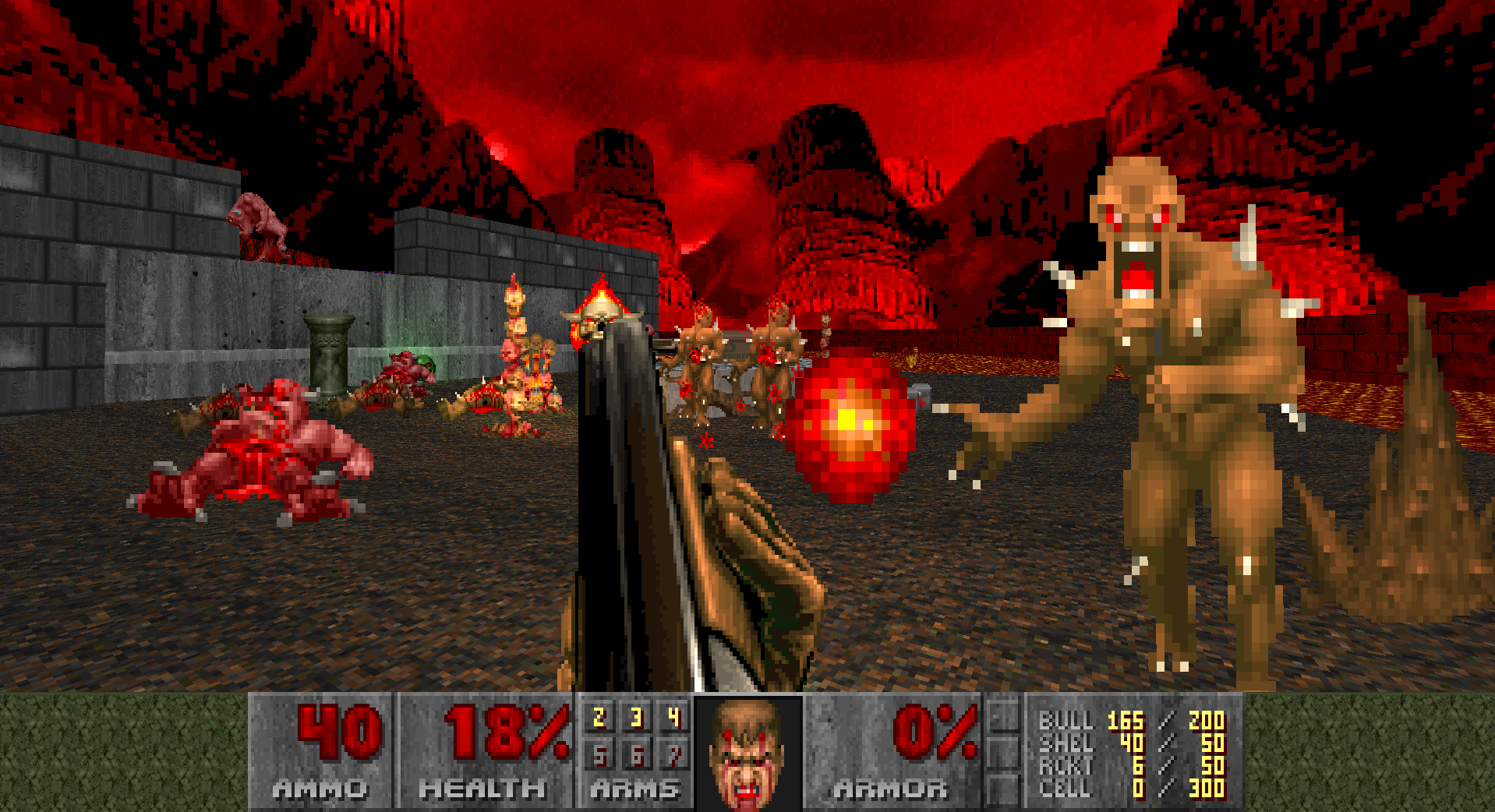 Ani: I believe you personally designed all the levels for the game or was it just the first episode, sorry, brain fart. In, any event, it’s a massive achievement considering how great the maps are, I mean I have a hard time drawing directions to the local MickeyD’s. What’s was that process like and did you draw on anything as inspiration?

JR: I designed the first episode’s levels, not counting E1M8. Sandy did the rest, many based on Tom Hall’s initial designs. It took some time to invent the abstract level design style we use in DOOM, but it was critical to get that down so the entire game could be made. There was no inspiration for it because there was nothing like it that had come before.

Ani: Ah, thank you for clearing that up. I’m totally not embaressed I forgot that… Ahem, anyway, as mentioned, there are a ton of mods and wads for Classic Doom and Doom II. Just when you think you’ve done all there is to do with the game someone creates Aliens Doom or my personal favorite “Brutal Doom” (Brutal Doom with Kreator blaring is up there with sex far as I’m concerned). Have you checked out any mods and if so do you have a favorite?

JR: I’ve checked them out over the years and there’s a lot of great stuff. Memento Mori, Eternal Doom, and Ancient Aliens are a few of my faves.

Ani:VERY good choices! Speaking of Wads, recently you dropped “Sigil” on us Doom fans, a fifth mission for the original game. What made you decide to revisit your old stomping grounds?

JR: It was the 25th anniversary of DOOM – how could I not make more levels for it? 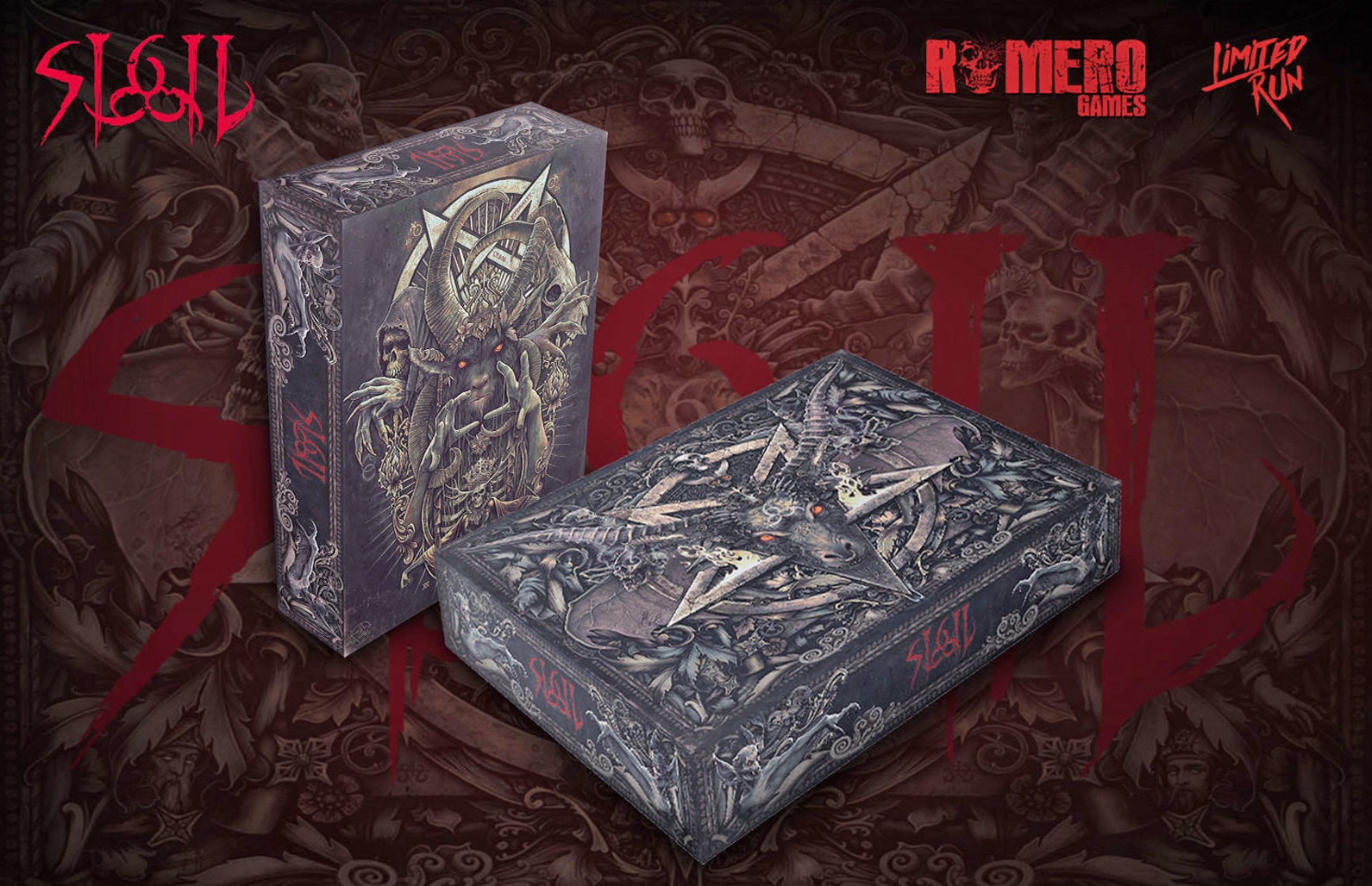 Ani: Well that shut me up.

Well, I’m not just a fan of Doom, I of course love Wolfenstein 3D, Commander Keen, Rescue Rover, Dangerous Dave and many, many of your other titles. With Dangerous Dave what I found interesting is the first game is an addictive classic arcade style platformer but the sequel is a 2D run and gun. There’s a foreshadowing with the sequel of things to come as the game draws on the same intensity and balls to the wall action that would be fully realized with Doom. What drove you to change up the sequel so much from the original?

JR: Because the id Software team was so capable, making a Dave sequel seemed, to me, to be a huge win. I was very happy with the result, as were many players in the coming years. All the Dangerous Dave games are going to see a re-release before long.

You guys really were amazing though, so many great games that inspired others. Speaking of “inspiring” others, after Doom changed the gaming world everybody and their mother tried to get in on the action by creating their own Doom Clone. Many in fact sucked. Some like Duke Nukem 3D were cool. Did you play any of them and if so, did you have a favorite?

JR: I played the best ones, such as Dark Forces, Heretic, Hexen, Outlaws, Blood, and Duke 3D.

So in 2005, Doom got the movie treatment. The film was not received well. It like many Doom Clones also sucked. What were your thoughts on it and would you like to see Hollywood take another stab at it?

JR: It just didn’t represent DOOM the way the players expected. The game they know is not what they saw in that film. 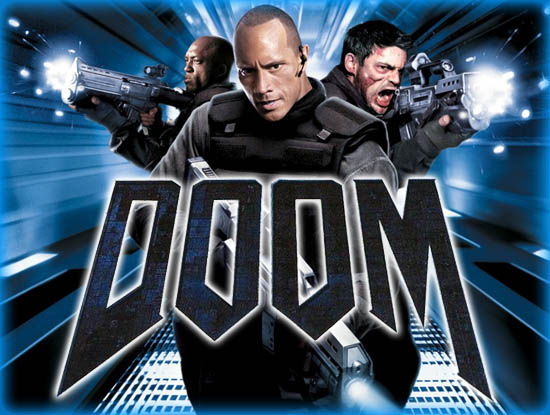 Ani: Yeah, what a wasted opportunity. Doom writes itself!

While we’re on the subject of Hollywood, I recently learned James and Dave Franco are planning to do a Biopic on you and the guys at Id titled “Masters of Doom”. I imagine having your life portrayed on screen for the world to see is a tad surreal. Did anyone reach out to you about the project and what do you hope to see?

JR: Dave Kushner told me the day before the news was out. Things like this happen quickly in Hollywood, so there’s not usually much notice beforehand because it’s 90% likely to fall apart so why talk about it? The movie rights to DOOM were licensed to Universal Studios in 1995 and nothing happened for 10 years.

Ani: Touché. Well, you’re still creating games and keeping busy these days. Anything on the horizon we should keep a lookout for?

JR: Our latest game, Empire of Sin, is in development and will be out in Spring 2020, so keep an eye out for it. It’s a unique mixture of strategy and RPG elements in 1920’s Prohibition-era Chicago. Everyone’s trying to out-mob each other, so it’s ruthless and violent. 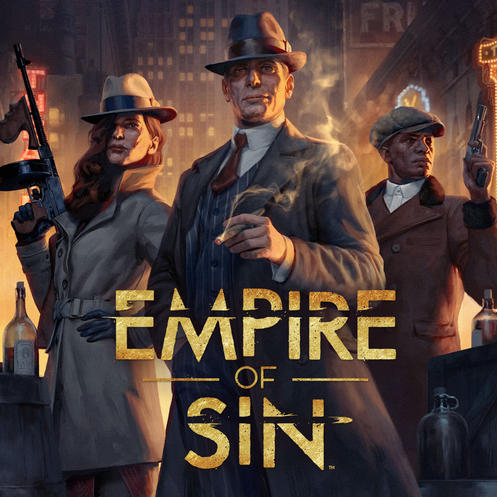 Seriously though, sounds awesome and we’ll def keep a lookout and make sure to let our Grue-lings know when it drops!

John, thank you so much for doing this interview man and also for creating such awesome and memorable games. I’m not BSing you when I say that your games helped define my childhood and gave me so many treasured memories, I also know I’m def not alone. Thank you for that and all the best!

JR: Glad to have made such a difference! 😀