Cadaueris Exquis has launched a Kickstarter campaign in support of their latest film. The fundraiser is trying to get $4,000 in the next 16 days. CLICK HERE TO DONATE!!

“Indescribable horrors happen inside a building in Mexico City. Five stories that explore the deepest fears of their protagonists. Blood, sex, pain, despair and death are the ingredients of this micro anthology of terror. Five directors will tell their particular vision of horror through individual stories written and directed by each of them with a duration of two minutes. The end of each story is the beginning of the next. Zombies, vampires, alternate dimensions, psychological thriller and Mexican terror are the sub genres of horror that each of us has chosen to tell his story. But do the five directors have only two minutes to make terror? So is. A challenge that only genre movie lovers would like to achieve.
Help us make this nightmare come true and we can show the world what Mexican horror directors are made of.”
THE STORIES:
“THE SUICIDE KING” BY RODRIGO LÓPEZ-PORTILLO
“THE DOOR” OF ENRIQUE MANZO ESCAMILLA
“OMEGA” BY JOSÉ LUIS ANAYA
“MORGUE Z” BY EDUARDO CASTELLANOS
“COATLICUE” OF HELENA AGUILERA
THE HORROR CORPORATION:
“The Horror Corporation” is a group of young filmmakers composed of Helena Aguilera, Rodrigo López-Portillo, Enrique Manzo, José Luis Anaya and Eduardo Castellanos, whose goal is the creation of horror movies in their various subgenres in order to convert Mexico in one of the highest references. We have the experience of more than 15 short films made among which “Devórame” by Helena Aguilera, “La Mirilla” by Enrique Manzo, “Days of Awakening” by Rodrigo López-Portillo, “Damián” by José Luis Anaya and “Actress # 200 ”by Eduardo Castellanos, awarded and recognized works both nationally and internationally. 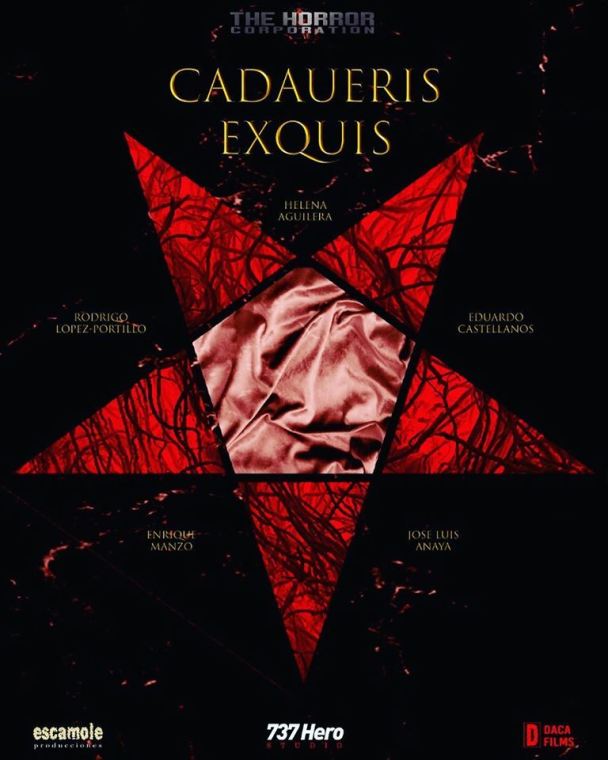