CLICK HERE TO HELP OUT BY DONATING TO THEIR KICKSTARTER:

This is NOT your super normal regular average stoner comedy! It is filled to the brim with science fiction, alternate universes, time travel, fight scenes, topless nuns wielding giant bladed soft pink chainsaws, a crazy tv preacher, explicit drug use, beautiful locations, an omnipotent snail, and all kinds of general weirdness. Imagine if Douglas Adams, writer of ‘The Hitchhikers Guide to the Galaxy’ wrote and directed ‘Dude, Where’s my Car?’ It’s that kind of weird. It also features a killer ska/punk soundtrack, a late 90’s vibe, and was shot in beautiful 4k. It is by far my most beautiful, cinematic, and interesting film to date.
This is NOT your super normal regular average Kickstarter campaign! I have been a part of multiple successful Kickstarter campaigns in the past, (Plank Face, Space Babes from Outer Space, Amazon Hot Box) and anyone who has been kind enough to have donated to any of them will tell you, we deliver quality products on time, every time. Making films is my biggest passion, and while it is difficult enough to make it in today’s market, it is made even harder by fly by night ‘filmmakers’ ripping people off, and/or delivering late with over priced, sub par products, turning people away from crowdfunding all together. I have a proven track record of success and delivering on all promises on time, and want you to feel safe and secure in your choice of backing this campaign.
This is NOT a ‘please give us money to help us make this movie’ campaign! The movie is SHOT! The movie is EDITED! The movie is SCORED! The movie is DONE! It’s ready to have it’s booty smacked, and tossed out into the world kicking and screaming, and THAT’S where you come in.
By pre-ordering, you will be helping to cover the costs of disc manufacturing, artwork, postage, shipping materials, promotional materials, deliverable costs, hard drives, and perhaps most importantly, allowing me to pay the bills and survive long enough to get a jump start on the NEXT movie. Making films in secret, and not announcing/promoting it until it is finished and ready to order has been the model I have followed for a few years now, and it truly is the support of people like you that keep this model going, and make it possible for me to continue doing what I do. Thank you so much for reading, please check out the trailer, please pre-order the film, and please tell your friends! 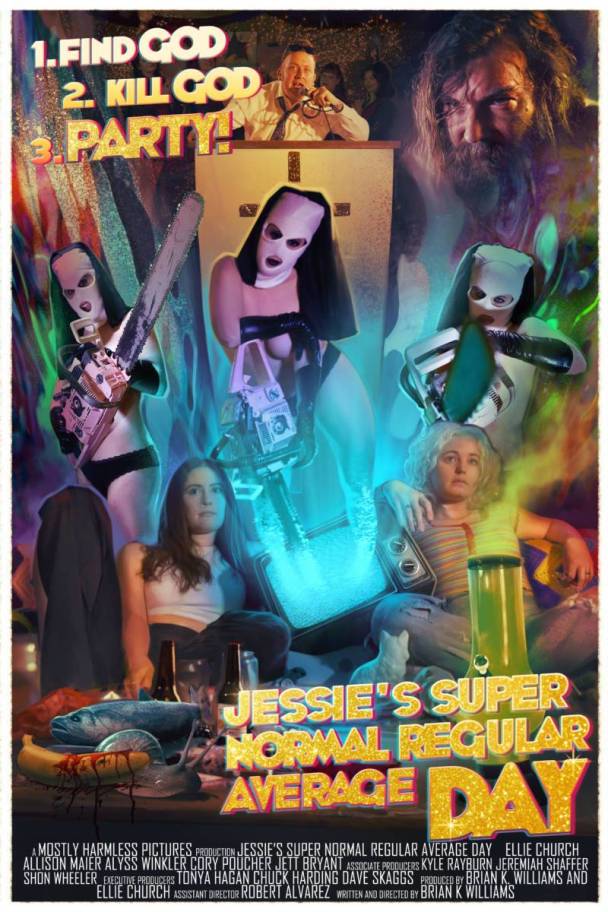