So recently, Hellter, Grue, and your fav main man got a strange invite to prom at Hamilton Highschool. Never ones to turn down a good time, we accepted. When we got there, the place was deserted and had been for years. Then some Doo Wop started playing and guess who appeared?

As you’ll recall, Lisa played prom queen from hell Mary Lou in the 1987 cult classic “Hello Mary Lou: Prom Night 2”. In doing so, she introduced the horror world to one of the first supernatural female slasher villains. Always gets me how no one mentions that. Mary Lou and Lisa deserve mucho props. Nuff said!

Anyway, I’ve always had a crush on Mary Lou (What can I say, I like my women a little on the unstable side.) So being able to actually interview her is a HUGE deal for this guy! Ms. Schrage, as it turns out, is a real sweetheart so that made this doubly cool!

Oh, and get this: Lisa, who retired from acting a while ago, had no clue PN 2 was still even remembered let alone beloved by countless horror fans. Nuts right? I’m happy to report though that she was delighted to hear people still appreciated the film and her after all these years. What’s more, as you’ll see, she’s actually fond of Mary Lou.

Well, enough of me yakking. It’s prom night and Mary Lou promised me a dance and I can’t refuse the prom queen now can I?

Well not this one, that’s for damn sure!

Ani: Thanks for taking the time to revisit the hallowed halls of Hamilton High School!

Lisa: It’s my pleasure! It is certainly a surprise to hear that folks are still interested in Prom night 2! It was the first movie I ever acted in!

Ani: It’s a cult classic beloved by many a Grue-ling!

So how did you come to be cast in Prom Night 2?

Lisa: I auditioned in Toronto. I had been doing commercials up until that point. I had studied acting in various drama programs.

Ani: Clearly Mary Lou was having a blast and you seemed to be having a lot of fun playing the role. How did you approach the character going in? I ask because Mary Lou despite being a sorta mean person didn’t deserve that horrible fate. You almost feel sympathy for her even when she’s raising hell and I credit your performance for really getting that across.

Lisa: I don’t recall much about the audition itself but I do recall having a very clear picture of the character I wanted to portray. I agree that Mary Lou is having fun. She’s really enjoying her power. I don’t know if she is really mean, but a bit thoughtless perhaps. From my perspective, she really just wanted that crown. She didn’t get any pleasure out of hurting anyone, which would have made her cruel. She just didn’t want anyone to get in her way of the prized crown. Maybe that’s why one has more sympathy for her. She was naive more than mean. 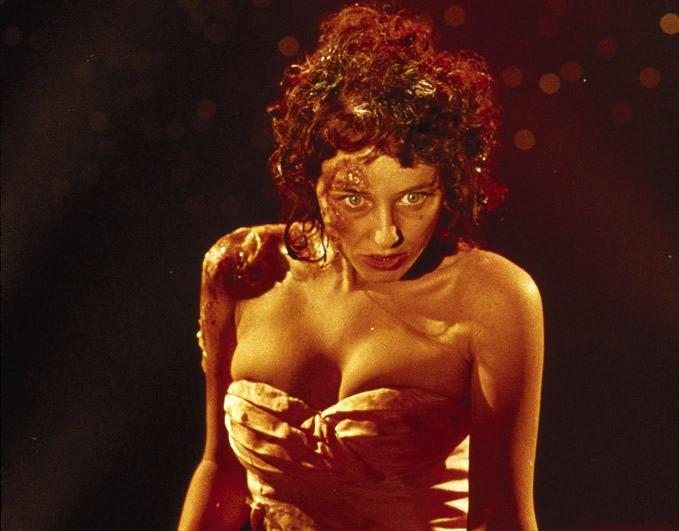 Ani: Wendy Lyon played Vicki, but a good chunk of the film she’s possessed by Mary Lou. I really felt her performance synced with yours, did you guys talk beforehand about how you would play the character?

Lisa: I honestly didn’t spend any time discussing it with Wendy. We were not in the same scenes so we were not there at the same time, Any resemblance to my character is to her credit.

Ani:  I’m going to go a little deep here and hopefully I don’t sound like a loon. Some have speculated that Prom Night 2 is an allegory. That Vicki is a young girl yearning to live more but is kept repressed by those around her. Mary Lou possessing her represents Vicki finally letting go. Is there truth to this or should I lay off the late-night burritos?

Lisa: I think you are spot on. That’s the arc. Once Vicky becomes processed with the spirit of Mary Lou she takes on a wilder side, to the shock of her very conservative family.

Ani: The scene where Mary Lou gets burned at the start of the film, how was that done? Looked really cool! 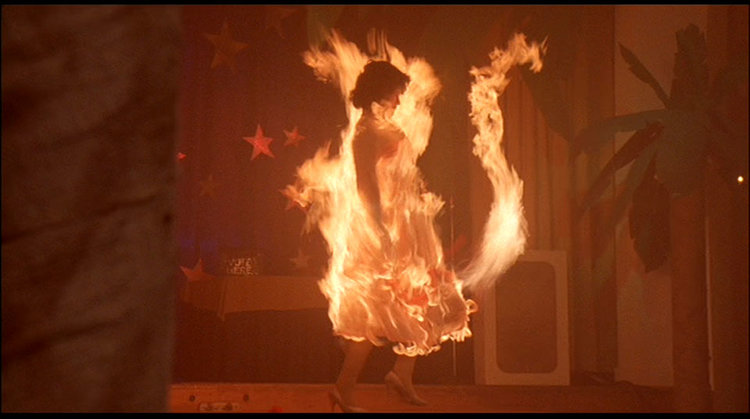 Lisa: The stunt woman did a fabulous job. I really don’t recall any fire around me. It’s been a long time and I can’t recall how they got those flames around my face. Remember there was no CGI in those days.

Ani: One of your co-stars was the great Michael Ironside. He is known for having a strong, “don’t mess with me presence” on film. How was he to work with?

Lisa: He was great as I recall. I enjoyed working with him. I will tell you something funny though. Years later, many years later I ran into him at a party. He was a friend of a good friend. I introduced myself and he didn’t remember me! Really!

Ani: Man, that’s awkward! Do you have any funny stories about your time on set (Which I believe was an actual school.) or a favorite moment?

Lisa: I remember going to lunch with Richard Monet while he was dressed in his costume as a priest. He was totally camping it up, smoking and drinking and we all go a kick out of being this fake priest. He was a very funny, talented man as I am sure you know.

Ani: Eventually there would be a less than stellar sequel a few years later in which someone else would take on the role of Mary Lou. Were you approached for that film to play Mary Lou again?

Lisa: They never approached me to do a sequel.

Prom Night 2 is often compared to the “A Nightmare on Elm St” series. Like Freddy Krueger, Mary Lou is a wisecracking supernatural being. Who do you think would win in a fight Freddy or Mary Lou?

Lisa: I hate to say this but I’m too much of a chicken to watch horror. I must admit though I really like Mary Lou for her sass. She’s a badass with a confidence that is very contemporary. 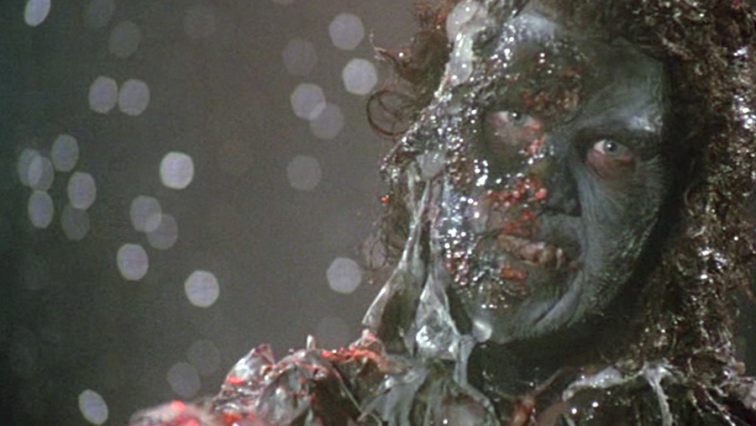 Ani: Do you think Mary Lou should make her return?

Lisa: Yes. The timing is right for a smart and strong female supernatural horror icon to have some fun with the boys. I think today it would be Mary Lou’s turn to rock!

Well, look’s like the final bell here at Hamilton high has rung. thank you for your time Ms. Schrage and for your awesome work as Mary Lou. She’ll always be our favorite prom date!

Lisa: Thank you! Hope you and have lots of success with your website!

Buy the original mask from the Promo Party for the opening of Hello Mary Lou: Prom Night 2 signed!!