Professor Daniel Kimmer (Jimmy Drain) of St. Elzears College, has come to terms that his marriage with wife Jaime (Meggie Maddock) is ending. This, combined with the growing epidemic of a scandalous on campus “faculty to student relations” threatens to expose a love affair with one of his own ex student’s, the alluring Starr Bramlett (Lauren C. Mayhew). Daniel uncovers that Starr is a member of a secret society of witches dedicated to promote feminine freedom and remove restrictions that are put upon women via religion and society. Can Daniel save his marriage and career from this pending assault upon the college and his life? Or will a new angel of evil be born….Naomi Grossman plays the role of Lillian Know, who unbeknownst to the public, but privately is the High Priest of the Siren Society of Satan for it’s short name “The Sirens.” Vernon Wells plays Cypress, a powerful and menacing warlord whose only satisfaction in life is destruction and death. Mel Novak stars as Dean Martino, the dean of Saint Elzear’s College. The Dean is not quite yet able to retire, but he’s all but started counting down the days.

This film shoots in Denver, Colorado. Monique Candelaria (Breaking Bad), London Grace and the Emmy nominated rapper T.O.N.E.-Z round out the cast.

Drain and Ty M.C. wrote the screenplay. Brian McCulley is the film’s director. 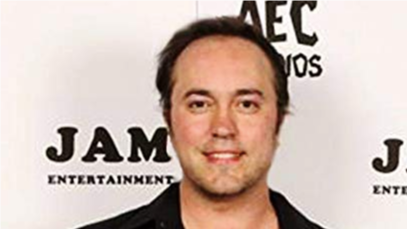 Here is a clip from The Initiation!!