A filmmaker discovers a box of video tapes depicting two students’ disturbing film project featuring a local horror legend, The Peeping Tom. As he sets out to prove this story is real and release it as a work of his own, he loses himself and the film crew following him into his project.

“The film feels great, with fantastic acting by all and a solid, constant atmosphere which should have been altogether impossible with the constant switching between styles; documentary, black and white SD found footage, handhelds, etc. It has a good pace and a very well thought out story, especially considering the complexity of the editing and bringing all the storylines together.” – NEVERMORE HORROR

Now Available In The Following Territories:

Amazon: US, UK (Debuted at #1 in the Horror-Fantasy category on Amazon)

“What a great metaphor for artistry in general. Fuck what anyone says and do what your passion is. If you feel for it strong enough, fake it until you make it and don’t “Blink.” The world is your oyster kiddoes. Don’t let others dissuade you. Don’t give up. Don’t pass Go!

Once again Erik Kristopher Myers deserves some serious praise for not only creating this unique story but filming it in such a foresighted fashion. Even ‘found footage’ haters would bend to this vision, after getting over themselves of course.” – AIN’T IT COOL NEWS 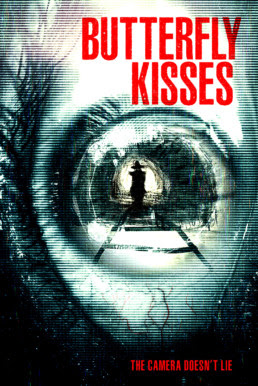