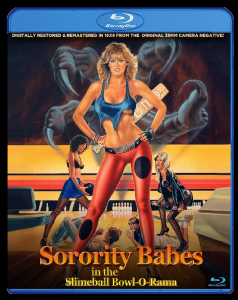 This 1987 B-movie favorite Sorority Babes in the Slimeball Bowl-o-Rama was a typical Empire production. It began life with a poster originally titled The Imp, no script and a 6-week deadline that had to be met for the Milan film festival that year.

The movie opens with three male nerds at “felta delta” trying to catch a peek of the all-female “Animal House” where new pledges are hazed with paddle spankings (in their underwear, of course!) & whipped cream sprayed on their naked bodies. When the guys are caught perving at the girls showering off the whipped cream they all must travel and break into a shopping mall bowling alley to steal a trophy as a final part of the initiation.

The group finds a bowling trophy that which releases wish-granting, jive-talking Imp that’s been trapped inside for thirty years. He grants them what they desire whether it be gold, to be prom queen or get the hot chick but typically it turns sour, who will survive as the murderous Imp comes for you? 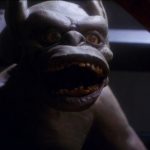 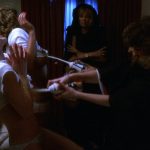 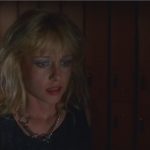 The original movie has a now horror star-studded cast:

In April 2019, Full Moon Features announced a sequel to the original 32 years later as part of their Deadly Ten promotion. The planned film promises the return of the stars of the original film – Linnea Quigley, Brinke Stevens, and Michelle Bauer – along with original director David DeCoteau, who will co-direct with Stevens.

They have released this official artwork: 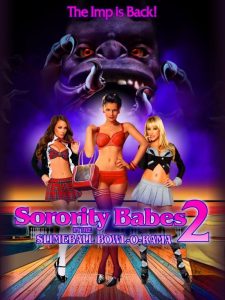