LGBTQ Horror Thriller film The Skin of the Teeth will open in NYC!!

The award-winning, psychological LGBTQ thriller THE SKIN OF THE TEETH. The film will open in New York City at Cinema Village on May 10. When, while on a date, Josef takes a pill with unexpected effects, he is plunged into a surreal experience and forced to question just who, and what, he is. Described as “Get Out” meets Grindr (Nick McCarthy, Newfest Programming Director) and a “David Lynch directed episode of Law & Order: SVU” (My New Plaid Pants), The Skin of the Teeth held it’s World Premiere at the Twin Cities Film Festival, and went on to play both the prestigious Outfest and Newfest, and was named a “Must-see film about LGBTQ people of color at Outfest Fusion” by The Advocate.

he award-winning psycho-sexual thriller THE SKIN OF THE TEETH from writer/director Matthew Wollin (“Hateship Loveship”) will arrive to North American audiences this May. The film will open theatrically in New York at Cinema Village on May 10.

THE SKIN OF THE TEETH held its World Premiere at the Twin Cities Film Festival, and went to have a healthy festival life, including the prestigious Newfest and Outfest.

Ranked as a “Must-see film about LGBTQ people of color at Outfest Fusion” by The Advocate and described as “Get Out meets Grindr” by Newfest’s Director of Programming Nick McCarthy, THE SKIN OF THE TEETH has been likened to a “David Lynch directed episode of Law & Order: SVU” and called “hypnotic and compelling” (My New Plaid Pants), while The Film Stage praised the the film, stating it “brims with sensuality and playfulness”.

“The Skin of the Teeth is fundamentally about identity”, said Wollin. ” How do we decide who we are, and how much of what we see is really there?” How do these questions play out within marginalized communities for whom the formation of identity is already such a charged endeavor? I wanted to showcase the trickiness of those questions with a film that emphasizes just how fluid our perception of identity actually is.”

When Josef arrives at John’s apartment for a date, their prickly energy slowly gives way to an unusual and genuine chemistry. But after Josef takes a pill with unclear effects, the night takes a shocking turn, and he is plunged into a surreal interrogation of just who and what he is.

“It has been incredibly exciting to see The Skin of the Teeth on the big screen on the festival circuit, and it is even more exciting to see it out in the world, where new people might encounter it without having any idea of what they’re in for. The film is a wild ride.” said Wollin. 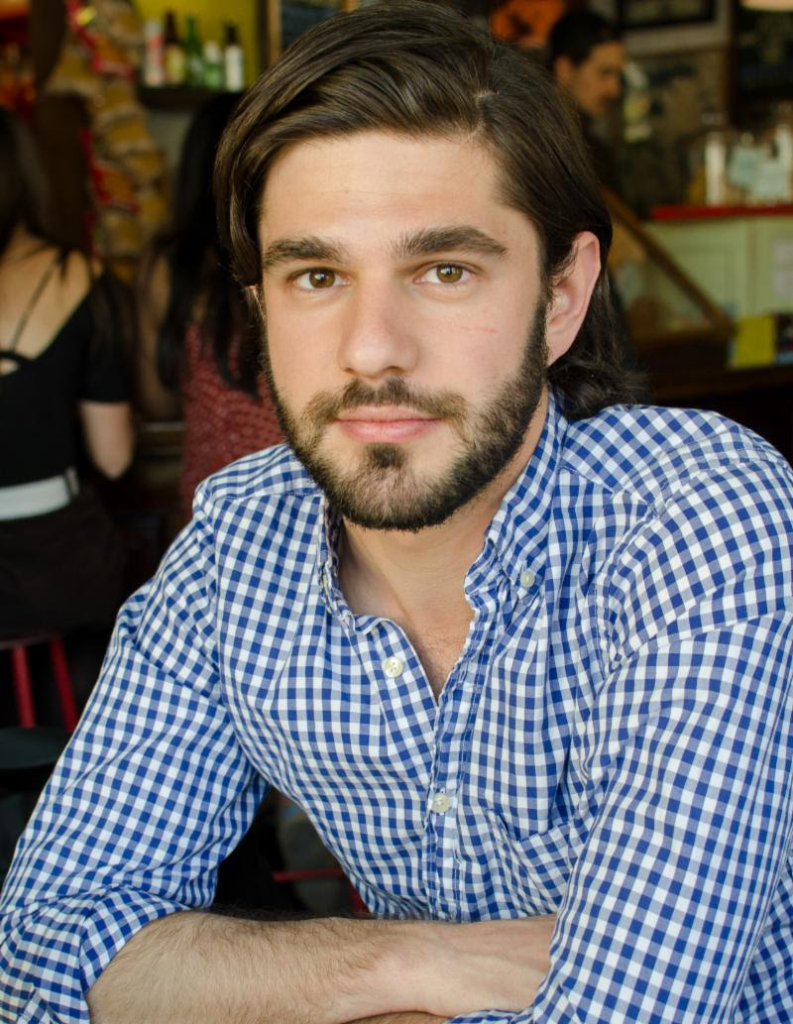 Matthew Wollin is a filmmaker and law student and has shown work previously at the Brooklyn Film Festival and Columbus International Film Festival, as well as conducting legal work on mass incarceration and criminal defense. Other film credits include associate producing Liza Johnson’s film “Hateship Loveship”.

I like to think of The Skin of the Teeth as a fever dream. A drunken, dangerous night that careens from place to place before depositing you safely back in your bed. An impossible string of images that is nevertheless real.

The shoot itself was a kind of dream. It was the height of summer in New York, with a handful of us crammed into a sweltering, windowless room and a single air conditioner that, for sound reasons, we had to turn off every time the camera rolled. Every day was an odyssey of teamwork, sweat, and a remarkable commitment from everyone involved.

Then—a mere thirteen days later—the production had dissolved back into the city heat without a trace, and we were left only with the footage to verify it had actually happened. That feels appropriate for a film whose inspiration was varied rather than singular. The ideas that had been simmering in the back of my mind after the 2016 presidential election—everything from the unreliability of reality to the mutability of identity to the criminal justice system—snapped together very suddenly, and that same flash of energy then carried the first draft of the script to completion in a matter of weeks.”

Watching it now, I feel like Josef over the course of his night. First, I see my original idea projected and given form; then I see the ways it refracted and evolved through the personalities and talents of others; then finally, what it actually became, something subtler and stranger than I ever could have hoped for. That progression is exciting to me: I love stories that pull you in and then become something else entirely.

The Skin of the Teeth is at heart about how we determine who we are. What actually comes from us, and what comes from the world around us? How much of what we see is really there, and how much is just what we expect to see? And after all this push and pull, what is left? What have we—actually, accidentally, and thrillingly—become? 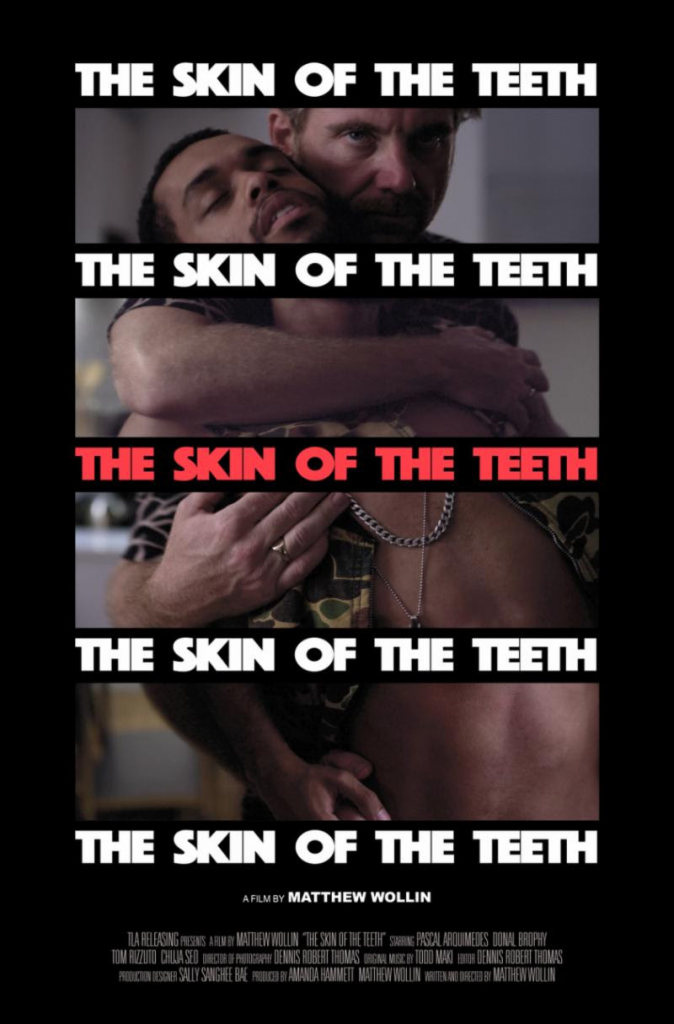