Shout! Studios gets the rights to Itsy Bitsy!!

A story tangled up in a web of family drama, personal demons, and a horrifying monster.
Based on the centuries-old poem, a family moves into a secluded mansion where they soon find themselves being targeted by an ancient entity taking the form of a giant spider.
Kara, a private nurse and single mother, moves from the big city to the quiet countryside with her two children, 13-year-old Jesse and 8-year-old Cambria, to live with and take care of an elderly man with multiple sclerosis. Things seem normal enough until Jesse discovers a mysterious old relic in the old man’s house, leading to unexpected and horrifying things coming to life. 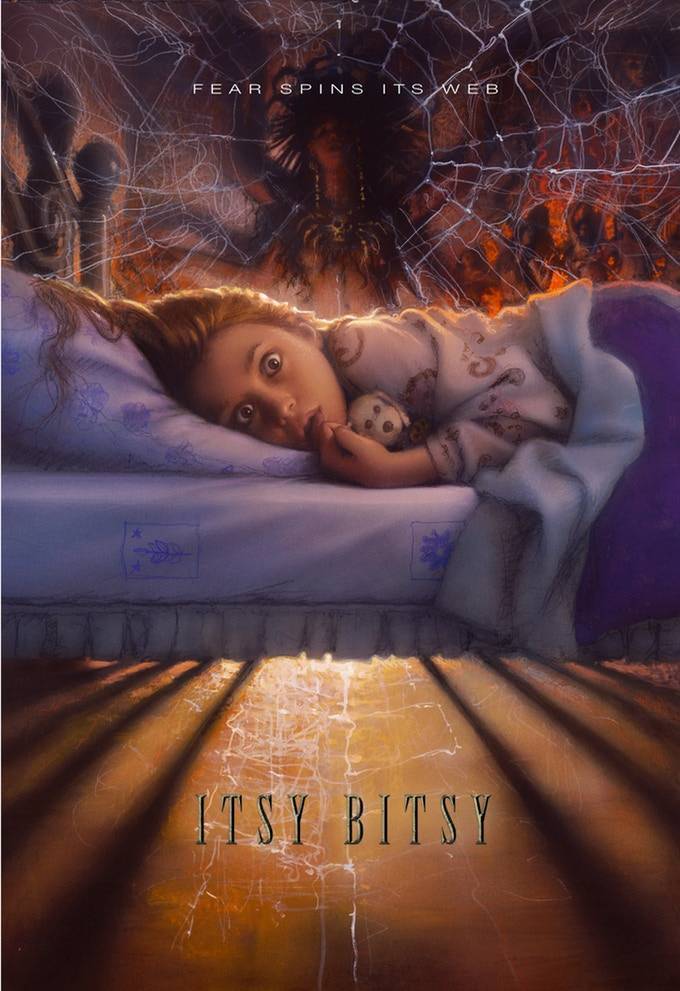 Itsy Bitsy coming to DVD and Blu-Ray in October!!