Today I interview the very talented Tyler Johnson. Tyler started out in the entertainment world by being in tv series such as: Love Monkey, 30 Rock, What Goes On, Gossip Girl, Sherri, and The Killing. Tyler was involved in Men in Black 3, Afterburn/Aftershock, and horror films The Haunting of Sharon Tate and Psycho Stripper. I can see many more roles for Tyler in the future. Here is my interview with Tyler Johnson. 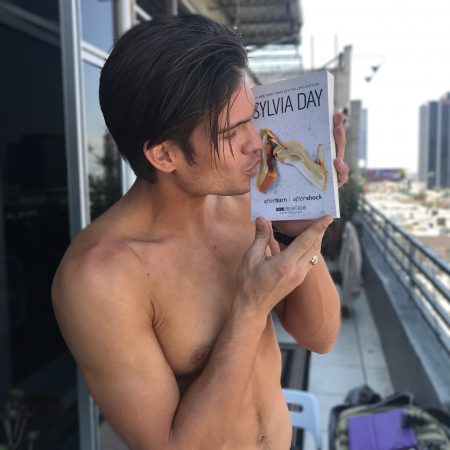 HELLTER: Hi Tyler and welcome to Gruemonkey. Thank you so much for being our guest today. How did you get involved with acting and who were some of your acting role models?

TYLER: Thank you for having me! I got involved with acting at a fairly early age, I was nine when I performed on stage professionally for the first time. It was a trip- being applauded for playing make believe. I was hooked. I get infatuated with performances, Philip Hoffman in Death of a Salesman, for example, but don’t really model myself after anyone in particular.

HELLTER: That’s awesome. You have to be your own person. I respect that. Your first film you did was called Gardener of Eden, you play Chuck. Can you tell us how that came about?

TYLER: That whole experience was surreal. I was working with Leonardo DiCaprio, a hero of mine, and performing with the guys from Entourage. I really didn’t think life could get any better than that- and it was my first audition as an actor in New York! 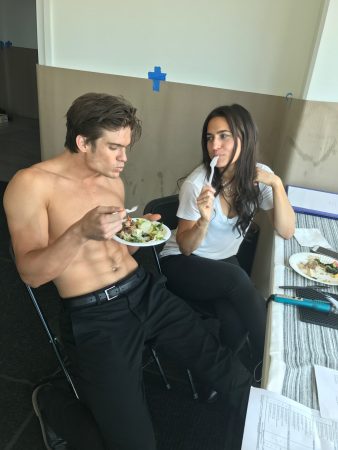 HELLTER: You first film role and you work with Leonardo DiCaprio. You can’t ask for a better experience then that. Gossip Girl was a popular tv series, were you excited to be on a episode of Gossip Girl and who was your character?

TYLER: Gossip Girl was a phenomenon in New York, at the time, and all the actors I knew were desperate to get on the show. I had actually had met a few of the cast outside of the show and we had become friends, but I had to audition at least six times before they gave me the role.

HELLTER: I am happy to hear after the 6th time, they actually gave you a chance. That’s cool. You play the Muscle Boy in Men in Black 3. How was it like working on set for a Men in Black movie?

TYLER: This is a funny one. The role was actually much larger when it was originally cast. I ended up working two weeks on that movie. I would have HMU every day in a chair next to Will Smith, Josh Brolin, and Bill Hader. I was just in awe of these guys. One day, near the end of the second week, I worked up the courage and started humming the “Fresh Prince of Bel Air” theme and right around the time “he whistled for a cab,” Will Smith jumped in and finished it with me. That will forever be top five for me. 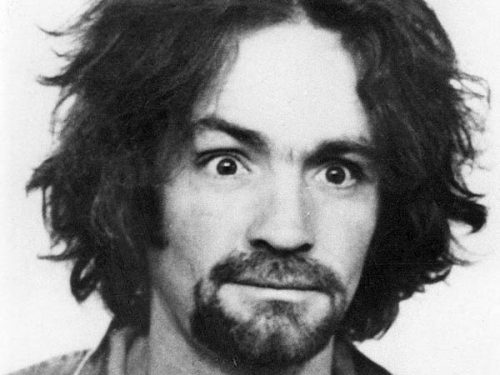 HELLTER: Wow! I would die if Will Smith sang the Fresh Prince of Bell Air theme with me. Love that show (laughs). I wanted to discuss with you the horror film that you will be in called The Haunting of Sharon Tate. Before you became involved with this film, did you study the Charles Manson Murders and the whole story behind Sharon Tate and Charles Manson?

TYLER: I did. I had read the Bugliosi account. I had seen some of the interviews. But, after I got the role, I really did some deep diving: went to Spahn Ranch, the family cave, kept the White Album on repeat. I had and have no interest in glamorizing the events that took place that evening, but I was interested in portraying them faithfully.

HELLTER: I love the White Album. Such a perfect album start to finish. Can you tell us who your character is and what The Haunting of Sharon Tate film is about?

TYLER: I play Tex Watson. Dan Farrands was really ambitious with this film. I’m very proud to be a part of it… outside of that I don’t recall… I think they used the Men In Black “flashy” thing on me… 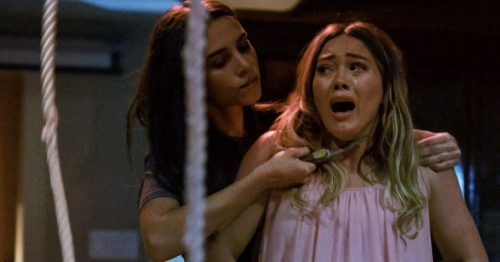 HELLTER: (Laughs). Too funny. How was it like working with Hilary Duff?

TYLER: She’s the best. Truly. All around. I cant say enough good things about Hilary Duff.

HELLTER: What was your favorite scene or moment of the film?

TYLER: The one where I walked on set and realized I really had the job. 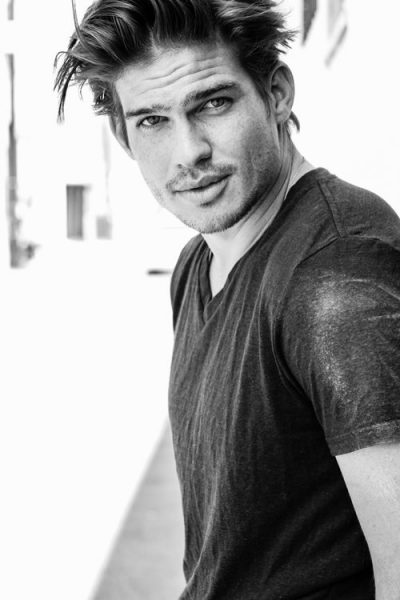 HELLTER: It’s always a good feeling when you get a new gig. Favorite kill or favorite scare of the film?

HELLTER: Um, ok (laughs). Any cool behind the scenes stories you can share with us about The Haunting of Sharon Tate?

TYLER: We shot at a house with the same architect as the original Tate house. It really contributed to the overall aesthetic, and I swear you could feel it. There was something sinister about the location that contrasted with the beauty of our surroundings. It was visceral. 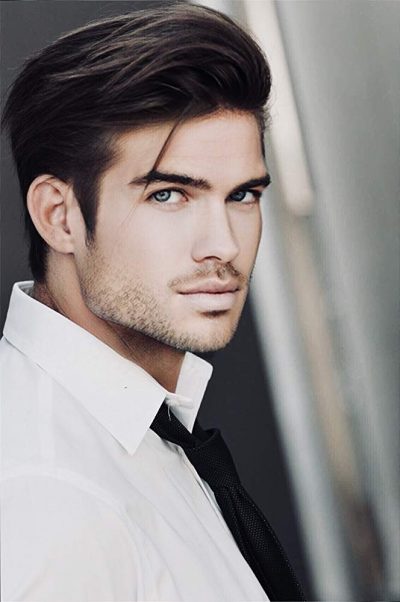 HELLTER: Oh wow, that’s creepy. Another thriller your involved in that should be coming out soon is Psycho Stripper. What can you tell us about that?

TYLER: Psycho Stripper is one of the most fun films I’ve ever been a part of. I really think it brings back a certain aesthetic and self-awareness from thrillers of the 80’s. I’m really looking forward to people seeing it. It has a venue, and will be going to audiences, but aside from that mum is the word. I’ll update people on social media with developments. I tend towards instagram right now: @wtylerjohnson.

TYLER: I’m on a film currently called “Kill Your Daughter” that is a huge departure from the roles I normally play. I’m looking forward to that film getting out there. I also have a book, a dystopian romance, coming out later this year. I feel very lucky to be in a position to produce art, and an encourage everyone to do so, regardless of the medium. I’m also grateful to GrueMonkey for having me. Keep up the good work!