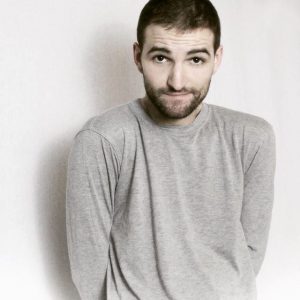 nkey’s Andrew E sits down and interviews the Devil’s Path lead actor JD Scalzo. JD Scalzo is an actor and writer, known for The Gay Husbands of San Francisco (2017), The Broken Rose (2018) and What the Water Gave Him (2015).

Andrew E: Can you tell me about “Devil’s Path” and your character within it?

JD Scalzo: Yes, I play Patrick in “Devil’s Path”, a psychological thriller that follows two guys who meet in the woods, on a cruising path in the early 90s. At first, they appear very different and full of mystery, but as the movie unfolds you learn a lot about who these men are, what they believe in, and how they are actually very similar. Then you spend the film trying to figure out who did what and who to trust. Patrick presents himself as a simpleton, but underneath there is years worth of trauma, fears, doubts, and insecurities that are all put to the test on “Devil’s Path”.

Andrew E: It looked like a fun shoot, what was the hardest bit about filming – I can imagine being in the woods is hard?

JD Scalzo: It really was a fun shoot! There were about 9 or 10 of us in the woods, over the course of two weeks in the Fall up in Northern California. I had just moved from San Francisco to LA so it was fun to go back up north and shoot just outside Guerneville, CA – a place I had only just visited for the first time a few months prior. The hardest part was, yes, probably the woods and the weather. In general, it was beautiful but we started early and in the dark and it was cold – I wore tights under my costume for the first half of the day because I’m a wimp when it comes to cold. But by midday, we had been running so much and it got really hot and then it’d cool off again later in the evening. Oh, did I mention we ran? We ran a lot. That was probably another tricky part though I knew that it would be coming into it. That was tiring but worth it as a major plot point. 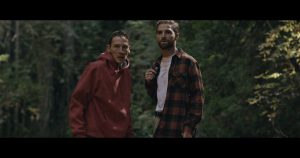 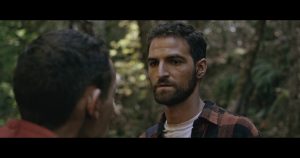 Andrew E: You had one rather raunchy scene in the film, was that difficult to film? I can imagine it can be intimidating?

Andrew E: Can you tell us any behind the scenes moments from Devil’s Path that were fun? 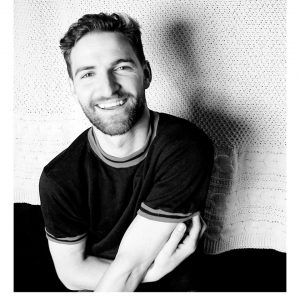 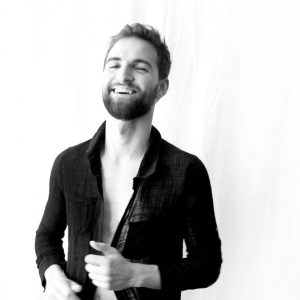 Andrew E: I thought you were a very strong actor in the movie, you really shined – How do you prepare for a role?

JD Scalzo: Thank you, I appreciate that. I wish I could share some big actor secret or be able to articulate my process or that I could say I prepared heavily – I ran once, to get physically ready, but just once so I didn’t think it counted.  But Patrick is asthmatic so I did a lot of research on that and what it does to the body especially when you have to run, so it all connected. Asthma is scary and playing that was the most intimidating detail. I also think because Patrick was so relatable (to me) and I was able to identify with him so easily. I just trusted the writing and created the character from what was on the page. Matthew Montgomery and Stephen Twardokus co-wrote the film, and really created a multi-dimensional character in Patrick, with depth and strong convictions. He’s a bit mysterious, sure, but he eventually shares a lot and I was able to just show up, tell my truth and respond to what I was given – which was SO MUCH working opposite Stephen Twardokus, who also played Noah. He showed up with complex choices and those only encouraged me to go further. Matthew Montgomery, who directed, also helped to me navigate those choices all throughout. Thank god for them! 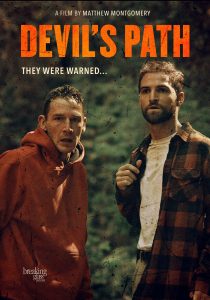 Andrew E: This is (according to IMDB) your first horror – would you pursue more work in a horror film?

JD Scalzo: It is, and I would. The thing about this script though that it wasn’t just scary to be scary – it was deep and rich with subtext and allegory. That’s what stood out to me the most in auditions, were the real things these characters were discussing with such strong opinions – love, family, relationships, sex – all of it made this “horror” film all the more interesting. 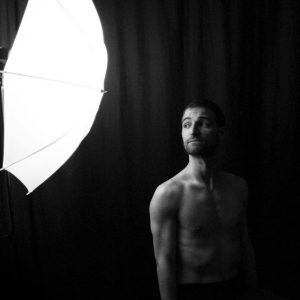 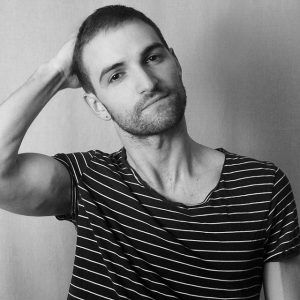 Andrew E: What was it like playing a gay character (they are rare in the horror world outside of a girl’s best friend)?

JD Scalzo: I’ve played a few gay characters, and I am a gay man, so in all honesty, it wasn’t a driving detail for me in creating Patrick, which I think is important but also probably a by-product of my own experience. I’m hoping as more LGBT stories are being told, more  LGBT actors are getting work and the chance to share their stories. And I ink we are seeing more, so I am happy to be apart of this rainbow wave, as I like to call it.

Andrew E: Did you feel a responsibility for playing an LGBT character leading a film?

JD Scalzo: Anytime a subculture is given representation on screen, I think it’s important the storytellers own that responsibility, sure, but for me, it was about creating an in-depth, well-rounded character responding to his circumstances regardless of his sexual orientation. The story dives way deeper in the human psyche, using this cruising path as a launching pad.

JD Scalzo: Speaking of gay characters and sex scenes, I created my own web series that premiered in the Fall called ‘Jaded’. It’s currently on Vimeo and will be moving over to Revry, the leading LGBT streaming platform, in 2019.

It follows a character lost inside the hookup culture, trying to find his way out through the various relationships he gets caught up in while living in San Francisco. But like how Devil’s Path goes a little bit further than just the cruising path, ‘jaded’ examines the modern day dating world and all of the emotional response that comes with trying to fall in love today.

We have 4 episodes out now and will be getting back into production this Spring for the rest of season: Watch it here: vimeo.com/jadedxsf 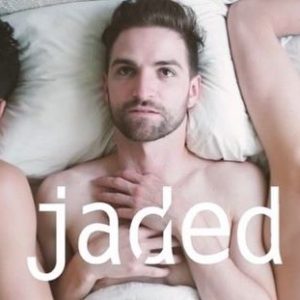 Andrew E: What is your favourite scary movie?

JD Scalzo: I don’t watch very many scary movies now, to be honest, just because I’ve become sensitive and am easily spooked. When I think of scary movies I’ve liked I still think of “The Ring” and “Signs” or even the Saw movies – those really, twisted psychological thrillers that were a lot easier for me to digest as a teenager. 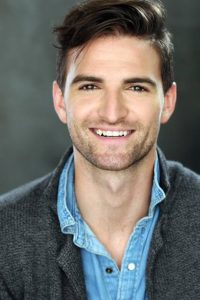 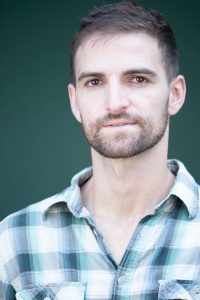 Andrew E: Having done scary movies, what is your biggest fear?

JD Scalzo: I’m afraid of drowning, or suffocating, or never getting cast again. 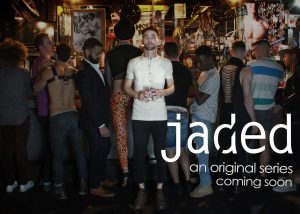