Gruemonkey’s Andrew E reviews 3 short films by LGBT director Craig Fisher from England. 3 Short films you have to check out! 3 of the best shorts in a long time… 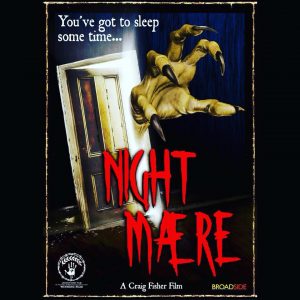 Self-described by the director as “based on his own experiences with Sleep Paralysis” this shocking short film created by Craig Fisher tells a harrowing tale of being paralyzed in your sleep unable to move whilst you watch someone horrendous coming towards you. Unable to move, unable to scream, what would you do? – Make a brilliantly produced short film that is beautifully executed. Night Maere introduces you to Isaac who clearly likes mixing his medication and wine (a man after my own heart).  Issac is taking a bath and begins to fall asleep,  Something is present with him and things take a sinister turn. When he lays his head down to rest Isacc is locked in fear. There is some incredible imagery of hands hold him down as his nightmares come into reality. 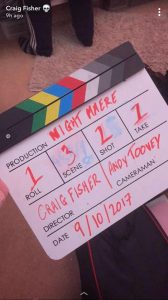 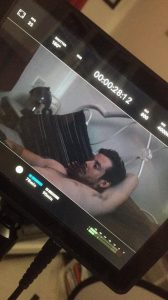 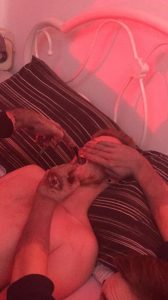 This short film times in just under 4minutes and packs one hell of a punch in such a short amount of time. I was glued to the screen for every moment. Antonio Rastelli portrays a great lead character which I commend director and writer Craig Fisher for doing, as I am so used to leading ladies in the title roles. This gender reversal was a nice change of pace, and Antonio acted the part with perfection. Antonio is also a very beautiful actor which instantly makes you care for him, and want him to survive. I would love to see this Nightmare on Elm Street terror fest turned into a full-length feature film.

This movie FREAKED me out. I loved the vulnerabilities this movie puts on the screen. The notion of a child feeling alone is tough to watch as it invokes those innate fears of isolation as a child that we have all felt. But also resonates in me as a parent myself how a child must feel in a situation when they are alone. 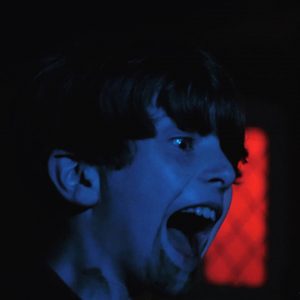 Young actor Matthew Campbell plays Jack, a young boy who is left home alone. His father is texting him letting him know that he won’t be much longer. The door knocks and Jack attends, hearing the voice of his father on the other side he lets him in. Jack’s dad is quite and disappears upstairs. Shaking it off, as if sometimes that is how his dad is – Jack jumps back into bed. Once Jack begins to close his eyes his phone pings, another message from his dad stating he will be home later than expected. THEN WHO DID JACK LET IN??? The expression on Matthew’s face conjures up so much fear and terror and he is perfectly captured it. 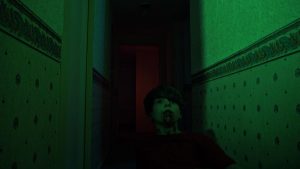 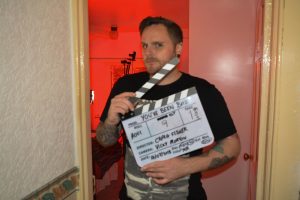 Based on a Creepypasta, Craig stated this film is his homage to 80’s VHS Horror, and it really has running through a pure moment of terror which to me is perfect. I can remember the safety a parent brings when you are young, and how all your fears disappear when they are there. But what if they’re not is a tyrant of opportunity to mess with your audience.

The third and final review of some of the best shorts I have had the pleasure of watching in recent years is ‘The Midnight Jester’. This movie can only be described and a dark nightmarish tale that is fresh out of the depraved mind of Craig Fisher. 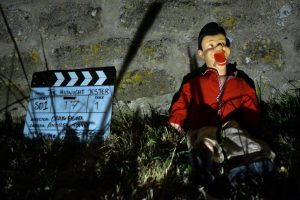 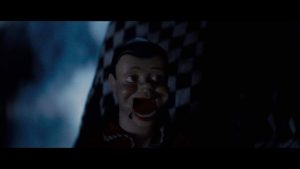 The Midnight Jester combines all of the creepiest things that go bump into the night. The movie opens on a stunning pan shot, instantly letting you know this is not a low-quality short film. We are then introduced to Jenny (Julie Spencer) who is cleaning a local church. When she locks up to leave Jenny is introduced to a Jester  (Thomas Bowen) of the creepiest proportions. Sat on the bench within the church’s graveyard waving at her. At first, Jenny brushes it off as “a cool costume”, the Jester springs to his feet and is seen to be holding a small ventriloquist dummy, he waves and camply exits the screen. This is brilliantly shot and the costume and make-up of the jester is spot on! The chase and finale of this short film play out brilliantly with the right amount of tension and wonder. There is a smile from the jester that I refuse to believe wouldn’t put a chill and satisfy the most hardcore horror fan. Don’t let the Jester pop his balloon! 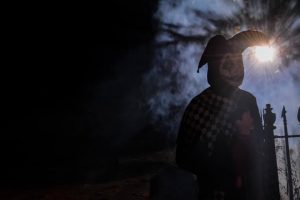 There is nothing to fault with this short. It is creative, creepy has humor and a decent lead actress. It flows nicely and I am not bored for a single second. The movie times in just over 4minutes. Nothing is going to give you this much joy, if you have a 5 minute break – check out this film.

Youtube won’t let me drop the video into this review – so please CLICK HERE to watch the movie! 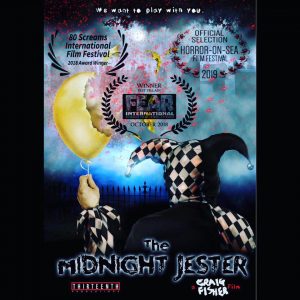