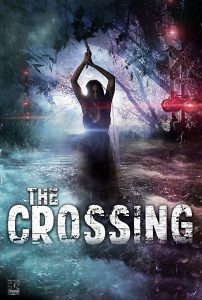 The Crossing:
A story of a vengeful Bride-to-be that lost her Husband moments before their wedding. The crash happens at The Crossing followed by a series of random killings ending lovers future plans for happiness.

The crossing starts with a loved-up couple on their way to exchange rings in Las Vegas. Julia (Lara Jean) and Chris (Kevin Caliber) could not be happier. For the two of them, things are about to horrible wrong destroying their happily ever after. The movie tells the tale of a woman who on the happiest night of her life was in an accident killing the love of her life and ending with her committing suicide on the roadside of a crossing. It appears in this unlucky town anyone who any chance of happiness will soon meet their end at the hands of the ‘The Bride’  (Victoria De Mare) who will stop at nothing to ensure anyone, with any happiness, is destroyed.

We are then following the story of a young girl called Melissa (Brooklyn Haley) who despite being warned to ”be safe” by none other than Felissa Rose (side note – if Angela Baker is asking you to stay be afraid) continues on a journey that might lead her to happiness. 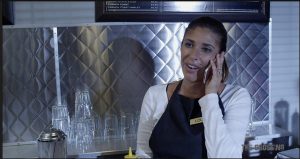 Happiness in this movie is dangerous! We have a great supporting cast along the way; the sweet boy who wants to impress Melissa is Travis (Charles Chudabala) who is clearly in love with her, as he gives her ride to break off her engagement with his brother. But will they make it before ‘The Bride’ attempts to end their potential happiness? 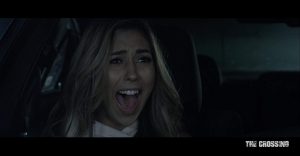 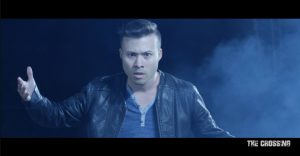 I actually loved this short movie. The movie times in at around 15minutes and it seriously packs some punches into such a short time. I am always amazed how short film writers (when done well) can squeeze so much into a short period of time. The film is sharp, on point and beautifully shot. It is clear the director (Thomas Haley) knows how to make a good horror film. I always know when I enjoy a short film when it ends I go “Ahhh come on!” in anticipation of more and I said it out loud for this movie! 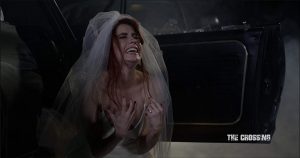 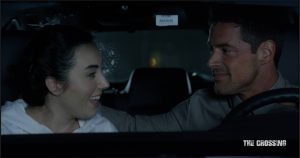 The opening murders in this short were well executed and brutal though little is show on screen. I felt immersed in the world created by Thomas Haley very quickly. I cared for the character of Melissa who came across innocent but yet headstrong. When the timid Travis appeared on screen I was connected with him, as the guy who just wants this girl and is kind and sweet. Which is perfect for a horror film as you want the audience to feel emotion as they are brutally slaughtered. I thought the supporting cast was fantastic. Felissa Rose stood out to me, playing a kind and caring waitress the audience instantly could warm too and sense a feeling of sadness after the credits roll at her impending loss. Charles Chudabala stood out as one of the strongest performers of the film, delivered with conviction and I felt for him.

I loved the presentation of ‘The Bride’ standing behind a public telephone was a great shot and showed the make up effects all in their glory. And there is a shot in the opener of ‘The Bride’ in the back of a car which held longer than you would normally expect – I loved its feeling of relentlessness and not conforming.

I cannot fault this short film. I think if anyone sees it they would be hard pushed too. It has no production flaws, it has great acting and a story that flows nicely and fast. 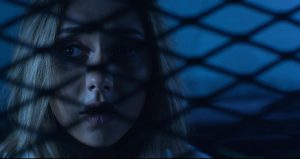 The story easily warrants a full feature. When your left feeling like you need to see more that can only be a good sign. I can see this movie scooping awards at every festival it hits!

My professional review is BRING THE BRIDE BACK – let’s turn this scary short into a fright-filled full feature! I need this movie in my private collection! 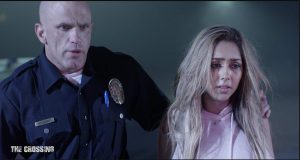 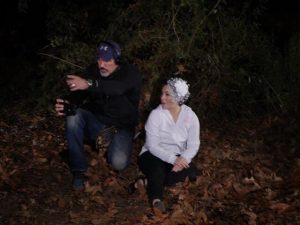 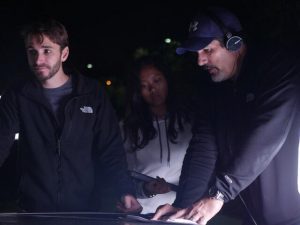 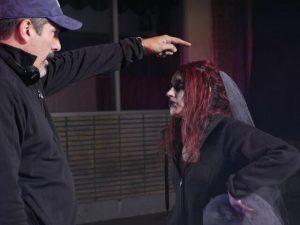 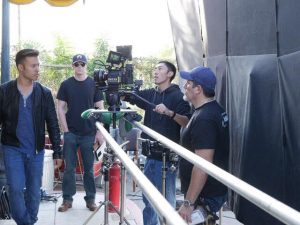 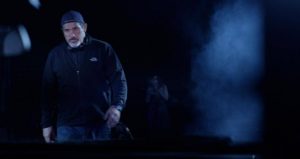 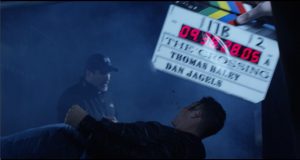