TERROR FILMS to release slasher “WHAT THE WATERS LEFT BEHIND” in North America on October 26th!!

TERROR FILMS is set to release the award-winning film “WHAT THE WATERS LEFT BEHIND”. The film will be released in North America exclusively on Amazon Prime on October 26th. An expanded release will follow on November 9th across multiple digital platforms including iTunes, Vudu and Tubi TV; additional platforms and home video will be added at a later date.

This film made its World Premiere at the prestigious SITGES Film Festival, where directors (and brothers) Luciano and Nicolas Onetti took home the BEST PROMISING DIRECTOR’S AWARD. Since then, the film has garnered multiple awards and was released theatrically in Argentina’. Also, the film was picked up by Netflix for Latin America and the official trailer have garnered over 14 million views.
TERROR FILMS acquired North America rights on the film. WHAT THE WATERS LEFT BEHIND centers around Epecuén, one of the most important touristic villages of Argentina.

Here, thousands of people would visit, attracted by the healing properties of its thermal waters. On November 10th 1985, a huge volume of water broke the protecting embankment and the village was submerged under ten meters of salt water. Thirty years later, the waters have receded exposing a bleak and deserted landscape. The residents never returned. However, a group of young filmmakers embark upon the ruins in order to film a documentary. Ignoring the warnings, they find themselves stranded in the abandoned village. Contrary to what they thought, they soon realize that they are not alone. 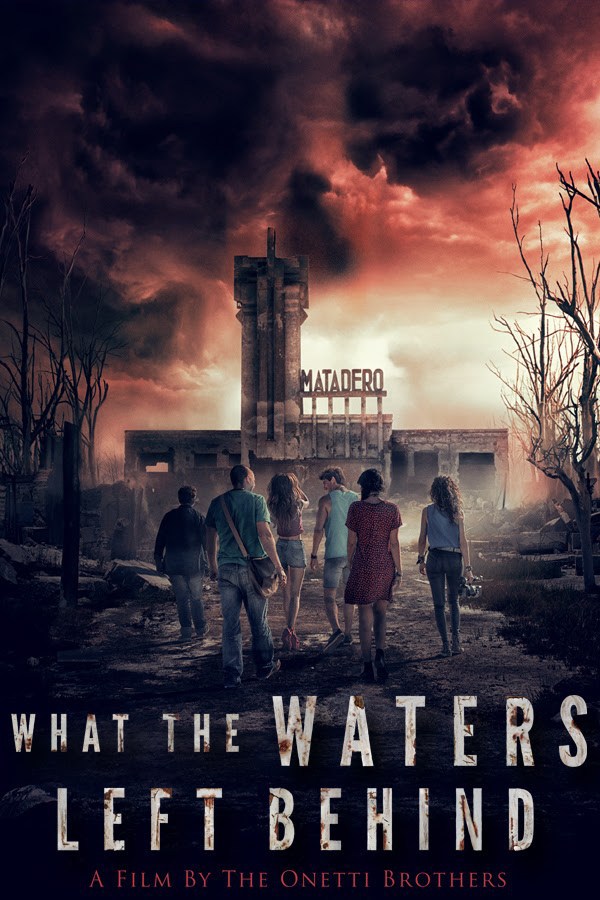 Coming to Blu-ray and DVD on MAY 12, 2020 from Unearthed Films… WHAT THE WATERS LEFT BEHIND!!

Luciano and Nicolas Onetti make thriller about Epecuen called What The Waters Left Behind!!