Fags in the Fast Lane trailer and poster!! 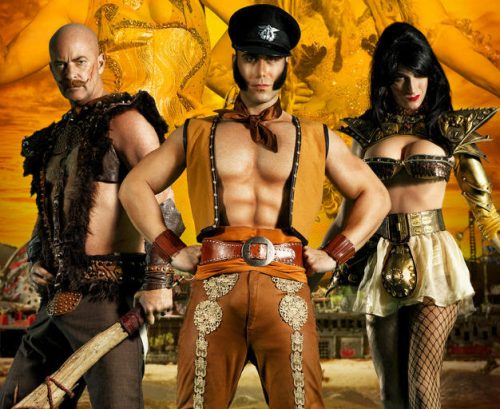 The film follows The Cock Slinger Beaux (Asimos) and his partner Lump (Jones) to track down a group of ruthless burlesque dancers who attacked Beaux’s mother and her geriatric whores. Along the way he enlists the help of cross dresser Salome (Cuha) and a kidnapped homophobe but things go south for the gang when they learn that the leader of the burlesque gang has stolen the powerful golden cock and now plans on using it’s power for evil. Now The Cock Slinger and his group but revenge his mother and stop her from using the ultimate power against the world. 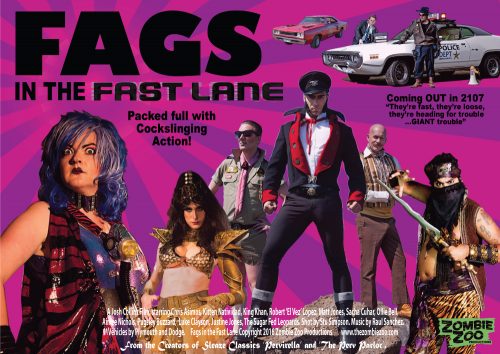 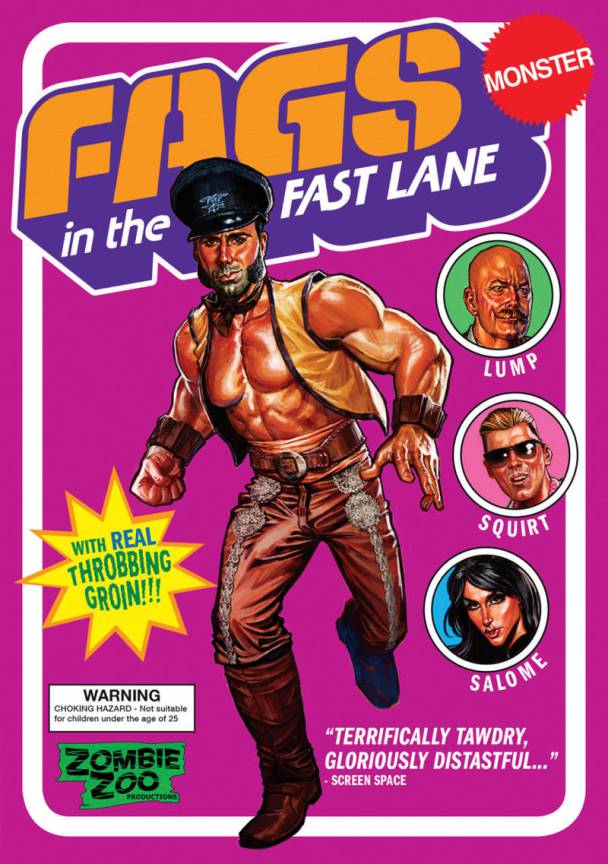 Check out creator of the Scream Queer Film Festival!!