Tales of Frankenstein will be released Oct 19th!!

“My Creation, My Beloved,” (a deformed descendant of Victor Frankenstein creates the perfect man and woman), “Crawler from the Grave,” (another Frankenstein descendant’s disembodied, plague-infected arm returns from the grave for revenge), “Madhouse of Death” (a private detective winds up in an old dark house filled with loonies…and a gorilla) and “Dr. Karnstein’s Creation,” (a mad doctor creates a monster in vampire-haunted Transylvania – with gruesomely unexpected results). 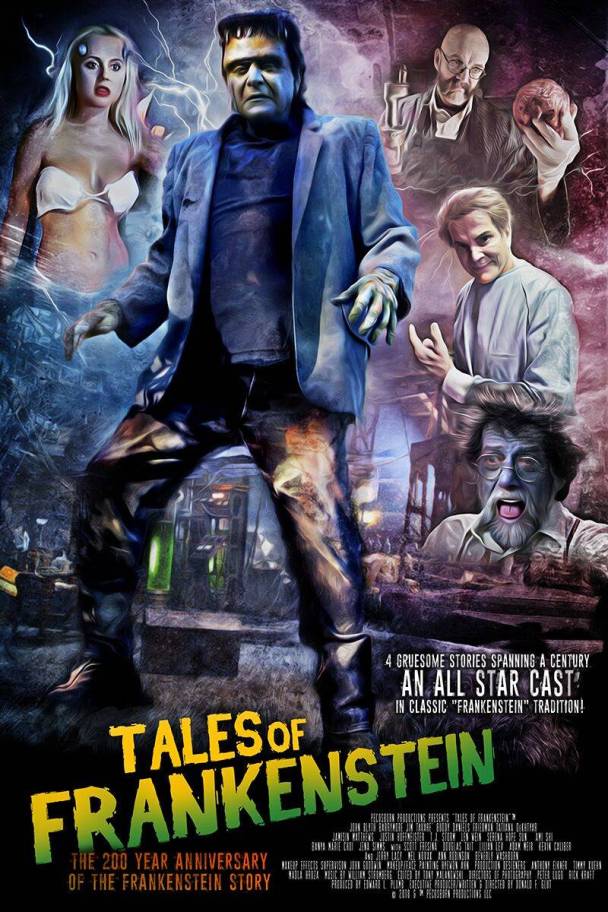