Heavy Trip is available now on VOD in U.S. and Canada and arrives on DVD packed with bonus features this November 13th.

Turo (Johannes Holopainen) is stuck in a small village in the Finnish countryside where his greatest passion is being the lead vocalist for the amateur metal band Impaled Rektum. The only problem is that he and his fellow headbangers have practiced for 12 years without playing a single gig. But that’s all about to change when the guys meet the promoter of a huge heavy metal music festival in Norway, and they decide that it’s now or never. Hitting the road in a stolen van with a corpse, a coffin and a new drummer from a local mental hospital in tow, Impaled Rektum travels across Scandinavia to make their dreams come true. 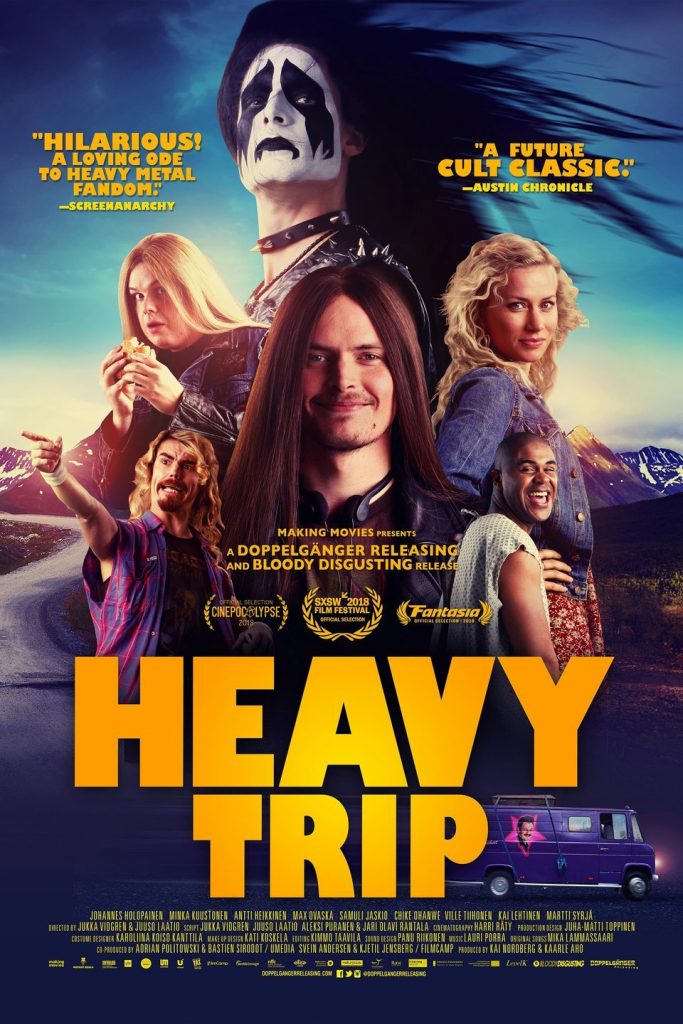 Heavy Trip is film about Rock and Roll with some Comedy involved to!!