Trailer is here for reboot of Pet Sematary!!

Louis Creed, his wife Rachel and their two children Gage and Ellie move to a rural home where they are welcomed and enlightened about the eerie ‘Pet Sematary’ located near their home. After the tragedy of their cat being killed by a truck, Louis resorts to burying it in the mysterious pet cemetery, which is definitely not as it seems, as it proves to the Creeds that sometimes, dead is better. 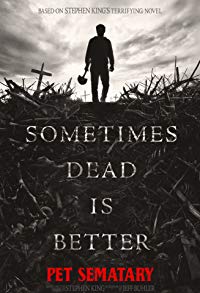 New stills for the Pet Sematary remake coming in 2019!!