A high school principal (Dylan Baker) moonlights as a vicious serial killer; the quest of a young virgin (Anna Paquin) for that special someone takes a gruesome turn; a group of teens carries out a cruel prank with disastrous consequences; and a cantankerous old man (Brian Cox) battles a mischievous trick-or-treating demon. 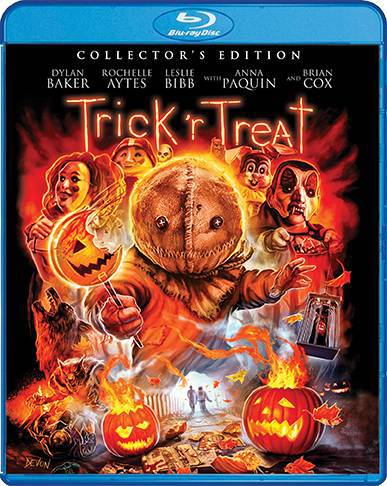 Scream Factory will be doing a Collector’s Edition release of Trick r Treat!!