A college student who will do just about anything for Internet fame is kidnapped by a fan, and her reluctant roommate is the only one who can save her in this horror satire of popularity culture.

“…a strong undercurrent of biting social commentary presented in a satirical manner. Everything from social media to corporate sponsorship to instant celebrity to the corruption of law enforcement and government is well and duly skewered. But fret not, because while these themes are being explored, there is a true reverence to our beloved horror biz on display as well (especially for the slasher and giallo genres).” – Daniel XIII / Horror Fuel – 7/28/2018

Directors’ Statement:
Great horror films find ways to create physical manifestations of abstract fears and anxieties. Modern popularity culture imposes a certain pressure on younger people to create complex, performative identities, and to fearlessly face the consequences of the resulting fracturing of their self-image. We wanted to create a “monster” that manifested from those performative pressures, and one that is actually fed and brought to life by every character in the movie inadvertently. We hoped to depict the different types of personas people take on in social-media forums, and the impossible reconciliations they face. We hope you will find these circumstances tragic and sympathize with the victims who have this vapidity thrust upon them, rather than viewing the participants as themselves vapid. We do not wish the film to be a condemnation of millennials, so much as a condemnation of the way that they have been commoditized by Facebook, Google, and other Internet giants. 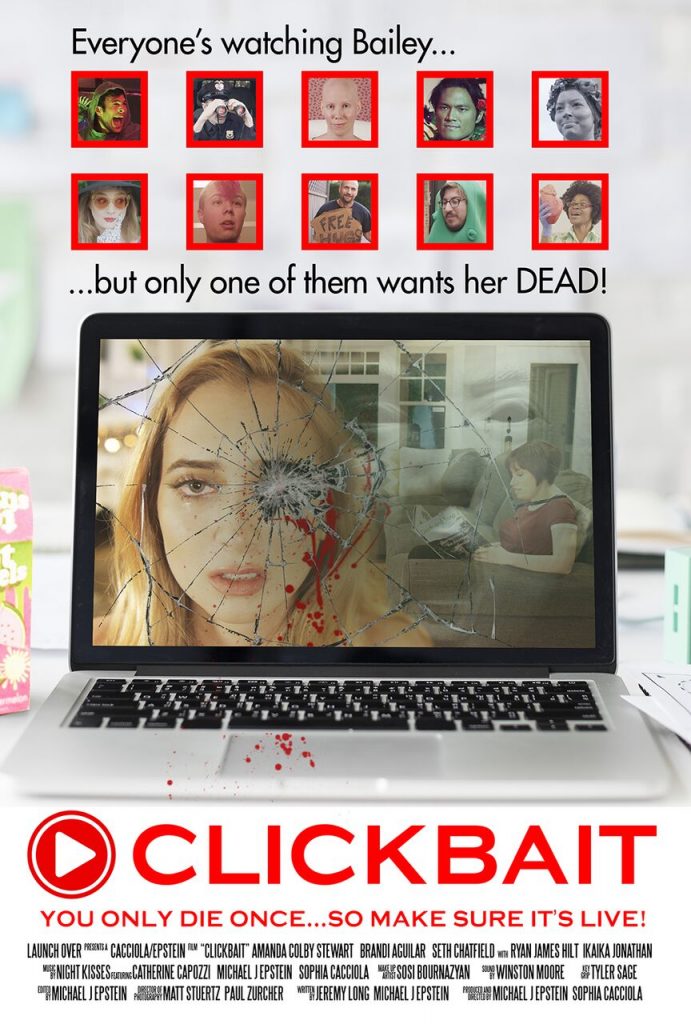