And Her Smile Will Untether the Universe, an Interview with Gwendolyn Kiste

I first became aware of Gwendolyn Kiste back in the days of my old horror e-zine, Flashes in the Dark. She specializes in dark, gothic horror. Think Shirley Jackson’s The Lottery for example. The blood quotient is minimal, but Kiste knows how to provide chills. I had a chance to catch up with her and discuss her latest work. 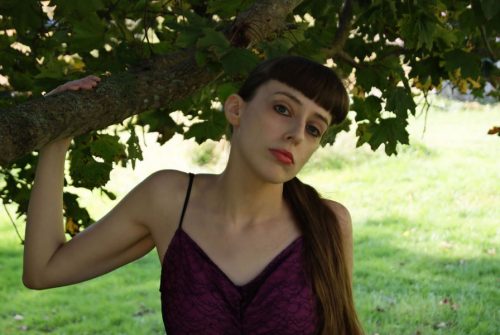 For the uninitiated, tell our readers about yourself.

I’m a speculative fiction author based in Pennsylvania. My stories are primarily in the horror and dark fantasy genres. I’m a lifelong horror fan, thanks to my parents who read me Edgar Allan Poe and Ray Bradbury from the time I was very young. My fiction has appeared in Nightmare, Shimmer, Interzone, and LampLight, among other venues, and my debut fiction collection is due out later this year. I also host an interview series and other writer-related posts on my author blog at gwendolynkiste.com.

You have done some great retellings/twists on fairy tales, tell us about that.
Thank you! I’ve always loved the fantastical elements of fairy tales, especially the darker themes present in stories like Little Red Riding Hood. Part of me always considered many of these tales to be horror, even before I found writers like Angela Carter who twisted and reworked these common stories into genre pieces. What I didn’t like about so many of the traditional tales, however, was how often the female characters were relegated to victim roles, or even if they were able to rise above the darkness and win, they would usually just end up married off by the end of the story. That didn’t seem like much of a happily-ever-after to me, the idea that the female character’s adventures were over. So when I’m looking at a fairy tale that has resonated with me, I try to take a different perspective on it and see if I can rework it in a way that would have interested me as a kid, something that doesn’t just follow the usual path.
I also like to ask myself questions about the fairy tales like “What happened to the poisoned apple after Snow White took a bite out of it?” That was what led me to write my story, “All the Red Apples Have Withered to Gray.” Or “What happened to her sisters in The Little Mermaid?” That inspired me to create a mermaid-sister story in “All the Mermaid Wives.” As much as fairy tales are so familiar and well-worn, I find that there is still a lot of room to play with new themes. Plus, since many readers recognize elements of the fairy tales, you don’t have to spend as much time setting up the whole world; you can dive right into the meat of the story, and most readers will be able to follow you into the deep.

Where did you grow up? Where do you live now and how does it ( or did it ) inform your writing?
I grew up in a small town in Ohio, and after a few moves to bigger cities during my college years, I now live in a small town in Pennsylvania. I always imagined that I would end up settling in a big city, but I couldn’t be happier with where I live now. That being said, I’ve never been one of those people to pretend that somehow small-town life is some ideal paragon of living. The uncertain love for and fear of small towns and their strange secrets run deep in my psyche, which is one of the many reasons that the work of Shirley Jackson resonates with me so much. She understood how to translate the so-called friendliness and traditionalism of small towns and expose the rot living just beneath the surface of seemingly bucolic settings. Such themes have definitely wormed their way into my own work. So many of my stories feature small communities that aren’t as kind and bright as they first appear.

Tell us about your new book.
And Her Smile Will Untether the Universe is my debut collection, out in April 2017 from JournalStone. It features fourteen of my horror and dark fantasy stories, including five tales that are new to the collection. This is my first standalone publication, and as the release date draws closer, it’s such a thrilling mix of emotions: excitement at the forthcoming release and such nervousness over how readers will respond to it. I’m so grateful to my editor Jess Landry for working with me on the collection and giving me an opportunity to get my work out there to more readers. It’s definitely been a great and overwhelming experience. I’ve heard advice from agents and other writers that say no matter where you are in your career as an author, you should savor that moment. You’ll always want to go further, have more publications, reach more readers, but focusing on the moment and savoring that experience are so important too, so I’m really trying to take that advice and live in the moment. Because you only get your first book once! 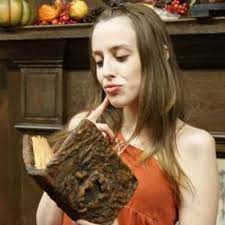 What have you been up to for Women in Horror Month?
For me, Women in Horror Month tends to be all about networking and celebrating. I love to meet and work with new female creators, and I love just generally celebrating horror and all the incredible women in the genre. This year, I’ve been promoting my Women in Horror Month interview series (thank you again, Lori, for being part of it! Your responses have been amazing and enlightening!). Every February, I also try to discover at least a handful of new female horror creators that I didn’t know before. It’s important for me to know that I’m continually expanding my own personal world of horror by reading stories from new authors and watching films by up-and-coming filmmakers. Plus, it gives me new people to interview throughout the rest of the year on my site. Great stuff all the way around!
If you had the choice to set a story in a graveyard, a cabin by the sea or an abandoned farm, which would you pick? Why?
Wow, all of those settings sound like a lot of creepy fun! Graveyards hold so much terrifying charm, and since my property is actually located on an abandoned horse farm, the more rural setting sounds perfect too! However, if forced to choose, a cabin by the sea would probably be my choice. I love the ocean so much—it’s already figured into a couple of my past stories—and there is such a loneliness and beauty to it. Put together, those elements seem rife with possibility for a horror story.
What was the easiest story to write? And the hardest?
“Through Earth and Sky,” which first appeared in Bracken last year and is also in the table of contents of my collection, was probably the easiest story I’ve ever written. It started out as a gift to my husband; it’s based, albeit very loosely, on his grandmother’s life, an American Indian who lived in West Virginia in the early twentieth century. Having such a clear emotional focus from the beginning—and also not initially knowing if I was even going to submit it out for publication—allowed me to just write this story completely in the moment. Even once I decided to seek a market for the story, there were very few rewrites on that one.
The hardest story might have been a flash fiction piece that was just published called “The Twelve Rules of Etiquette at Miss Firebird’s School for Girls.” Even though it’s a very short tale (around 850 words), I had really grand ambitions with that one. It’s a list format, and I knew I wanted to focus on female characters with magical powers who were being held back and kept “under control” by people who didn’t understand their strength. However, the earlier versions of the story that I submitted out were a little less focused. It was more just a list of rules that were funny at times but didn’t necessarily tell a cohesive story. I wanted to be able to keep the very dark elements of humor while maintaining a sense of malevolence and danger that built to a clear climax. It took awhile to find that balance, and by that point, I was worried that I had already run through all the possible markets for the story. Fortunately, editor Salik Shah at Mithila Review enjoyed the story and included it in the most recent issue of the magazine. Now that it’s been published, the story has gotten some really positive feedback from readers, so all those hours spent toiling over it were ultimately worth it.

When is your favorite time to write?
Usually in the evening. Once all the detritus from the day is cleared away, I can finally sit down at my computer with my head buzzing with ideas. That’s when I can really get to work. I sometimes wish I was more of a morning writer, only because then you have the whole day ahead of you to create. Knowing that most of my best work doesn’t come until after sundown limits the amount I can sometimes work in a day. But I suppose as long as I’m writing, that’s what counts.
What do you know now you would have been surprised to learn when you first started writing?
That the rejection gets easier. Never easy, but easier. That was the thing that held me back the most from becoming a writer when I was younger; I couldn’t imagine being told over and over how much your writing doesn’t work for someone. But as a reader, I know that a lot of very popular stories haven’t resonated with me even though they have resonated with thousands, if not millions, of others. So that has helped me to understand that it’s okay if not everyone likes your work. Instead, it makes it even more rewarding when you finally find the right editor—and readers—who do love what you’re doing.
Any books that you read recently which you would recommend?
I’m currently working my way through Eden Royce’s new collection, Spook Lights II. Her fiction is so wonderful and is always such a joy to read.
Do you have upcoming projects you want to talk about?
I’ve recently finished my first horror novel, Festival of the Lost Girls, and I’m at work on my second horror novel as well. I’m trying my hand at other long fiction with a dark fantasy novella as well as a novelette that will also be a collaboration. So many of those details are still tenuous at this point, so I don’t want to announce anything too concrete, but I’m so excited to see where they go. A writing career can be quite an uncertain beast, but at the very least, it’s never boring!
Do you get any cravings? Any favorite munchies while you work?
Like so many writers, I adore coffee. If I can have something sweet to go with it—a scone, a muffin, heck even a sugar cube!—I’ll be happy for hours, typing away at my computer in a universe all my own.
What makes excellent horror?
Something that sticks with you. It could be almost anything: a concept, an image, a character. For me, the best horror gets under your skin and stays there in some way that can be almost hard to quantify. In particular, if the writer can hit some emotional core of truth while creating something completely unnerving, you’ll have a fan in me for life. 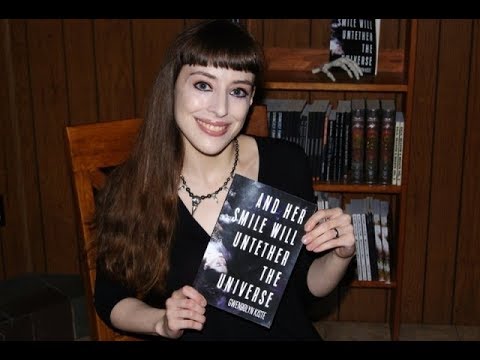