I had the pleasure of interviewing Regine Sawyer, creator of the comic Eating Vampires, and the guiding force behind Lockett Down Publications. Eating Vampires is a comic set in a parallel world where vamps are not at the top of the food chain. There are bigger and badder things in this universe, including an innocent looking little girl with Afro puffs wielding a sword. Women and people of color are centered in her stories. 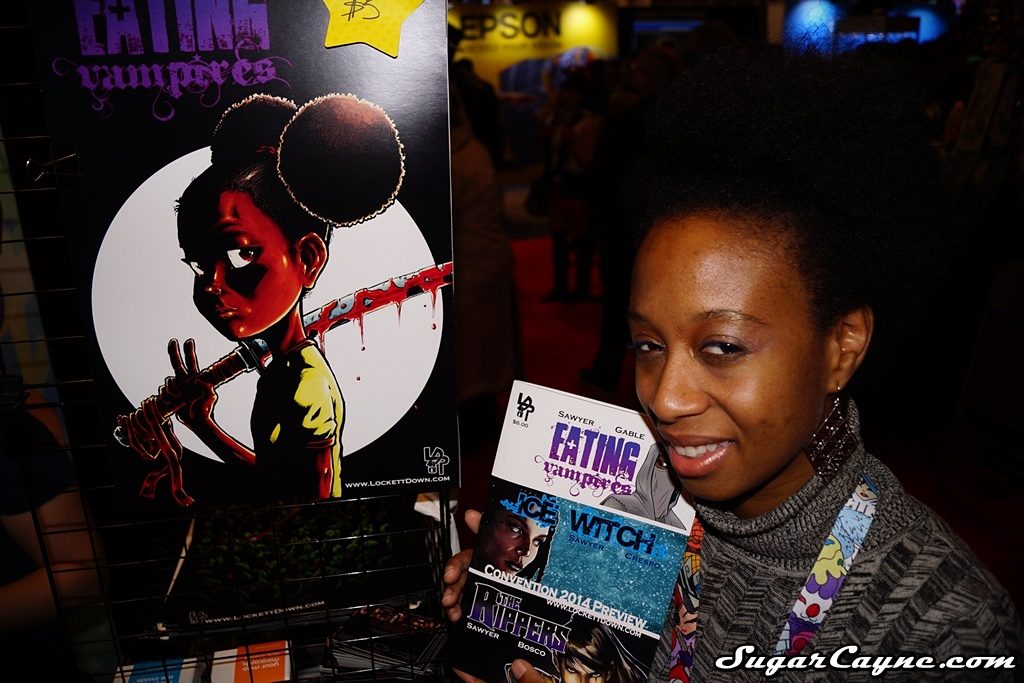 For any of our readers not familiar with your work, tell us a little about yourself.
My name is Regine L. Sawyer and I am the Owner/Writer/Creator at Lockett Down Productions; a small press comic book company specializing in cutting edge Sci-Fi & Horror Comics. I am also the Coordinator and Founder of The Women in Comics Collective International; an organization whose focus is to highlight the merit and craftwork of women working in the comic book industry.

Do you remember what inspired Eating Vampires? Tell us about the story.
Eating Vampires was created back in 2010 in protest of the ‘Vampire Craze’ that hit the entertainment medium at that time. I wanted to create something that was the antithesis of Vampires while sharing my love for the genre at the same time. I came up with a being that was an Apex Predator of sorts, preying on Vampires the same way they prey on human beings as well as another set of creatures that actually can cure the Vampire Virus. The overall story centers on a little girl named Evelyn who is the last of an ancient people who had the ability to get rid of said virus.

Do you have new projects you’re working on that you feel comfortable talking about?
I am working on a few things that will be out this year: writing illustrated novellas for both Eating Vampires and Ice Witch as well as production on their corresponding comics, The Rippers issue #4 will also be going into production, publishing a children’s book written and illustrated by my mother, and another project or two may be coming out later in the year.

When you’re looking for entertainment, what kind of stories do you search for?
Space, Adventure, Horror and Action, those are my favorite genres; especially when the stories are thoughtful and well rounded.

Are you a movie buff, a heavy reader, or a game player? Can you tell us about some of your favorites? Do any of these mediums inspire your own art?
I’m a bit of all three; they helped to shape my creativity and what I like add to my work. When I was younger, I used to play Street Fighter II and Donkey Kong Country competitively and I loved Action Movies. Because of them I tend to write in a cinematic way; there is movement to the pages and the scenes due to both the way I write them and the way the artist draws. As a reader, I enjoy lengthy descriptions and anything else that helps to immerse me into the story; I add that to my work as well by being very specific about the atmosphere and scenery. 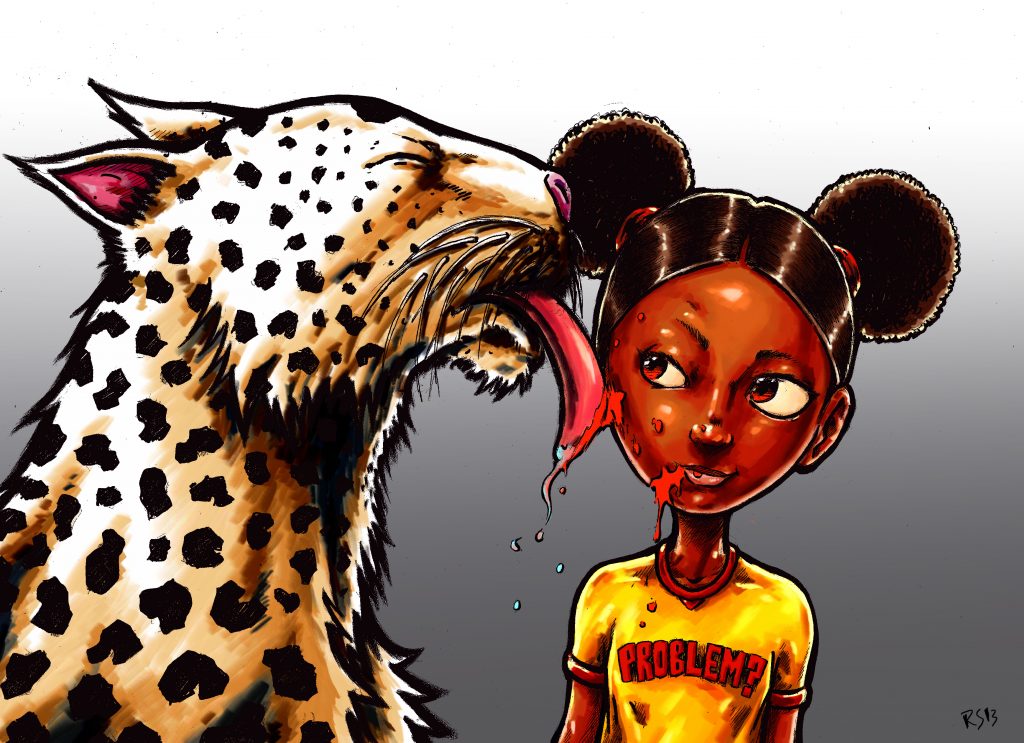 What can we expect to see from Lockett Down Productions this year?
There will be more books being worked on and published and more convention appearances for sure!What would you like to see in comics which hasn’t been tried yet?
I think a little of everything has been tried to be honest. But I’d like to see more honesty, thoughtful, and creative stories. We hear so much about characters being rebranded and who’s writing this or that book but for some reason hearing about the actual meat of the story has gone to the birds.

Can we find you at conventions or signings this year?
Yes, I’ll be at the East Coast Black Age of Comic Creators aka ECBACC in May, Heroes Con in June, San Diego Comic Con in July, MeCCa Con in September, New York Comic Con in October, and the Urban Action Showcase in November.
What would people be surprised to know about you or your work?
I write most of my books on the Subway! 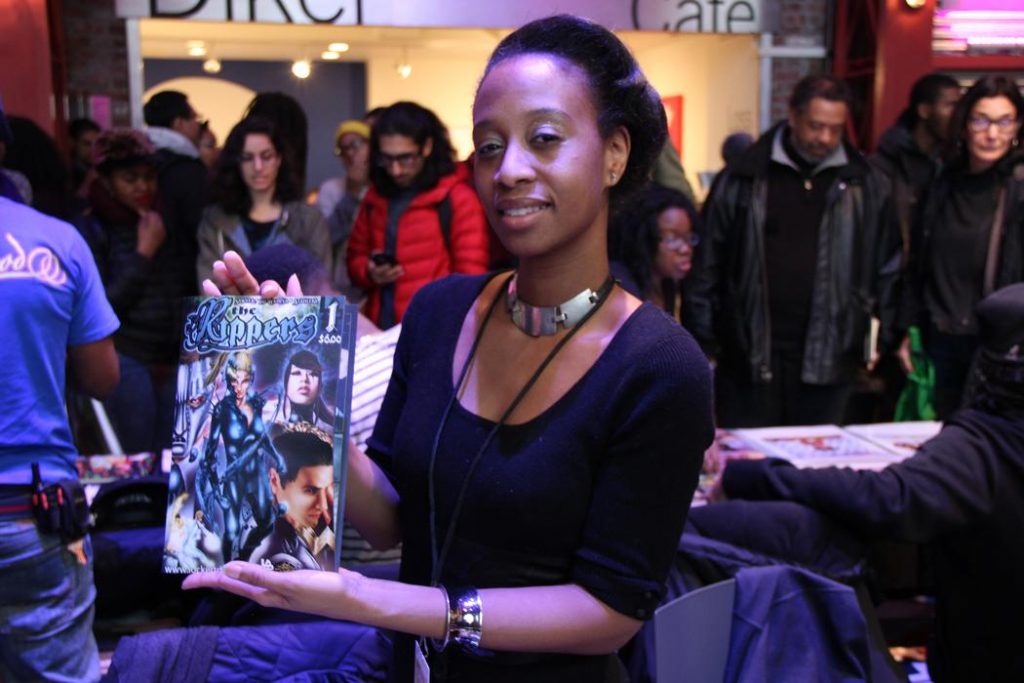