Hello my Grue-Lings,
We have a very special guest today for our Celebrity Picks.  I love watching his show. He is very talented and a great personality for the horror world.  I bring to you Svengoolie.
Svengoolie has been the premiere horror show icon of Chicago, since multiple Emmy award winner Rich Koz became the hand-picked successor to the original Svengoolie back in the late 70s. Since then, generations of viewers have become fans of the monstrous mirth and movies that this video vampire dispenses every week over the airwaves!
Only Svengoolie brings you the classic Universal horror films, many of which have not been seen on broadcast television in years! And- it’s Sven’s unique scary sense of humor that makes each program a frightfully funny experience!
While based in the Chicago area, Svengoolie has fans all over the country- proven by the fact that they voted him “Best Horror Host of 2009” in the national Rondo Horror Awards! Acknowledged by even the most famous horror hosts as a peer- Svengoolie has become the king of horror hilarity, and now, he’ll be coming out of his coffin every week on MeTV!!! 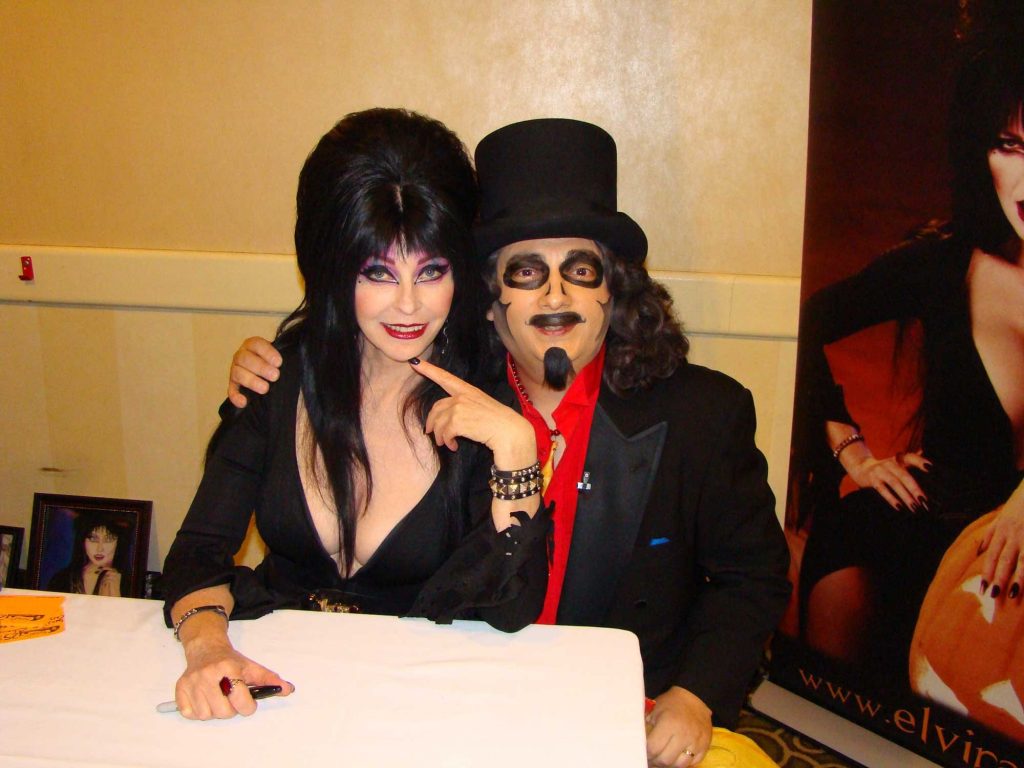 Svengoolie had the following to say about his favorite horror films:

I’m often asked to make a list of my favorite films- but, the problem always is: I like many different films for many different reasons- so, the list always seems to change!
This timeout, I thought what I’d do is , with apologies to Pat Slayjak and Vanna Fright, just spin the Wheel of Mis-Fortune  eight times– and go with whatever favorite movie it lands on! So- in no particular order: 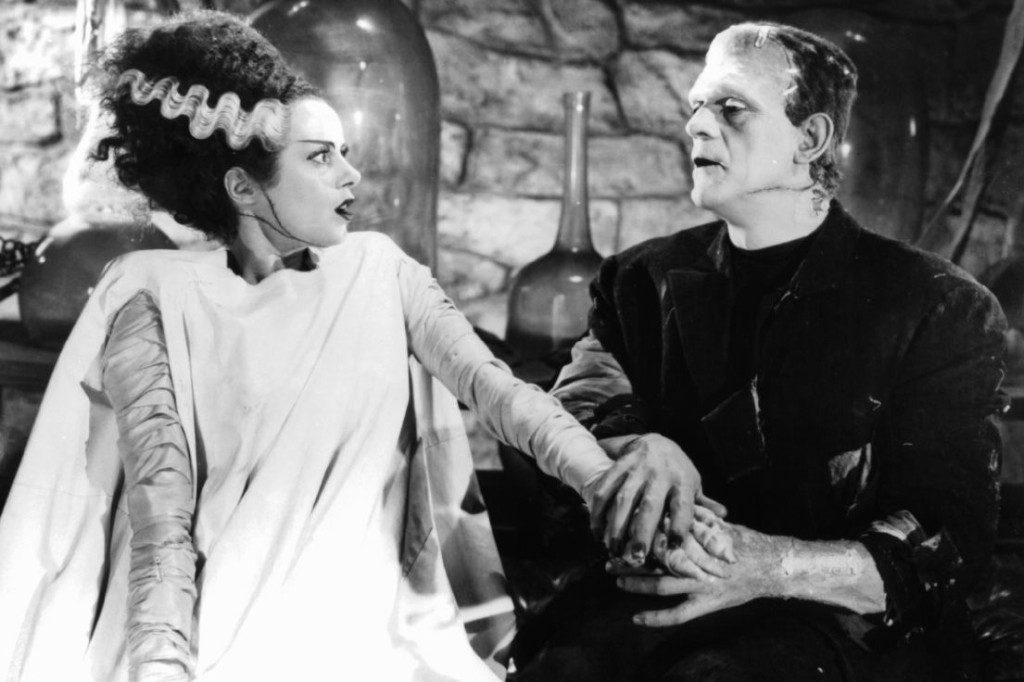 How can you not love this true horror classic, whose title creature barely even appears until the end of the movie, and then, never appeared in any other horror flick but still is one of the most iconic characters in the Universal monster gallery? Not to mention Boris Karloff’s even more nuanced performance as the Monster and the over-the-top Ernest Theiseiger?! His scenery-chewing splendor almost lets us forgive him for keeping those little people in those jars… 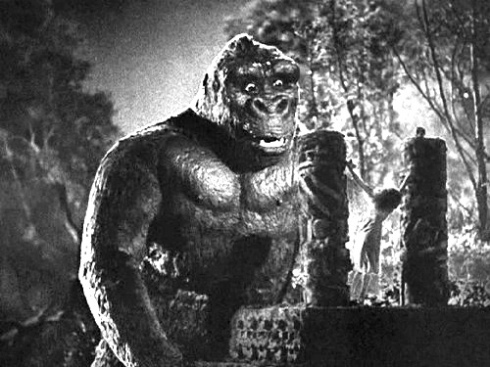 Definitely the first horror movie I ever saw as a youngster (as long as you don’t count Wizard of Oz, that witch gave me nightmares!) and still a marvel well beyond its years. The stop-motion effects, and the fact that Willis O’Brien could make the ape so expressive, plus all the amazing action from the prehistoric island to the heart of New York, makes this a constant favorite (that is constantly getting rebooted!) 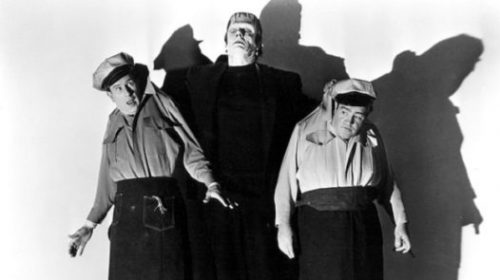 Other than Young Frankenstein, quite possibly the best comedy horror film ever made complete with Bela Lugosi and Lon Chaney Jr. reprising their most famous fearsome roles, and scenes that genuinely can be frightening, along with some laugh-out-loud shtick ( I still laugh when Costello pulls the tablecloth off the table, and all the items are still on it, and he gives a quick sort of “ta-dah!” reaction!)  People either love this film or hate it, but, judging from the many requests I get for it all the time,  an awful lot of them love it! 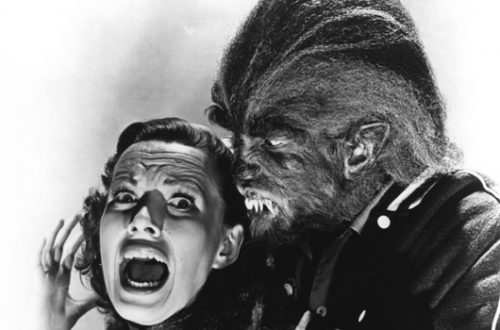 I tell ya, those kids today! This works as a horror movie and a period piece, with those fabulous 50s as much a part of the film as Michael Landon’s troubled teen-turned-letterman-jacketed lycanthrope! This American International classic (usually book-ended with I Was a Teenage Frankenstein) stands out as one of the great monster films of the 1950s- along with… 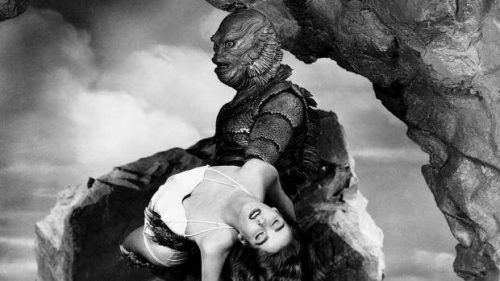 In my opinion, on a level with the other earlier Universal monsters (and one of the most original) the Gill Man who defied evolution and  made sure anyone who entered his little portion of the Amazon never returned still brings the chills today, as opposed to the lovely white-bathing-suited Julia Adams, who still makes things pretty steamy. The Creature survived for centuries (and three sequels) until that last one where he became a land-dweller pretty much watered-down his aquatic antics. 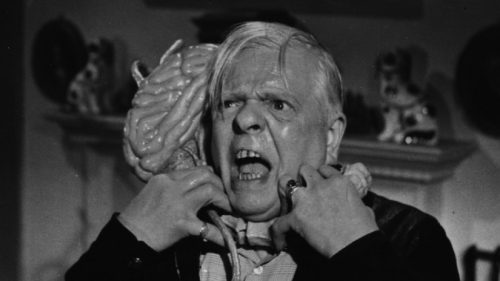 I ran this years ago locally in Chicago, but would love to be able to show it nationally now! A fascinatingly eerie take, with the strange invisible menace causing mayhem and murder until the final revelation  (SPOILER ALERT! Stop reading now if you haven’t seen it!) shows us the horrible creature’s antennae-brains that inch along like caterpillars on spinal columns, leap through the air, and wrap  the spines around the throats of victims until they are shot and spout, what looks like, strawberry jelly while making a noise like a half-filled whoopee cushion! Not the highest budget, not the best stop-motion animation, but an all-time favorite! 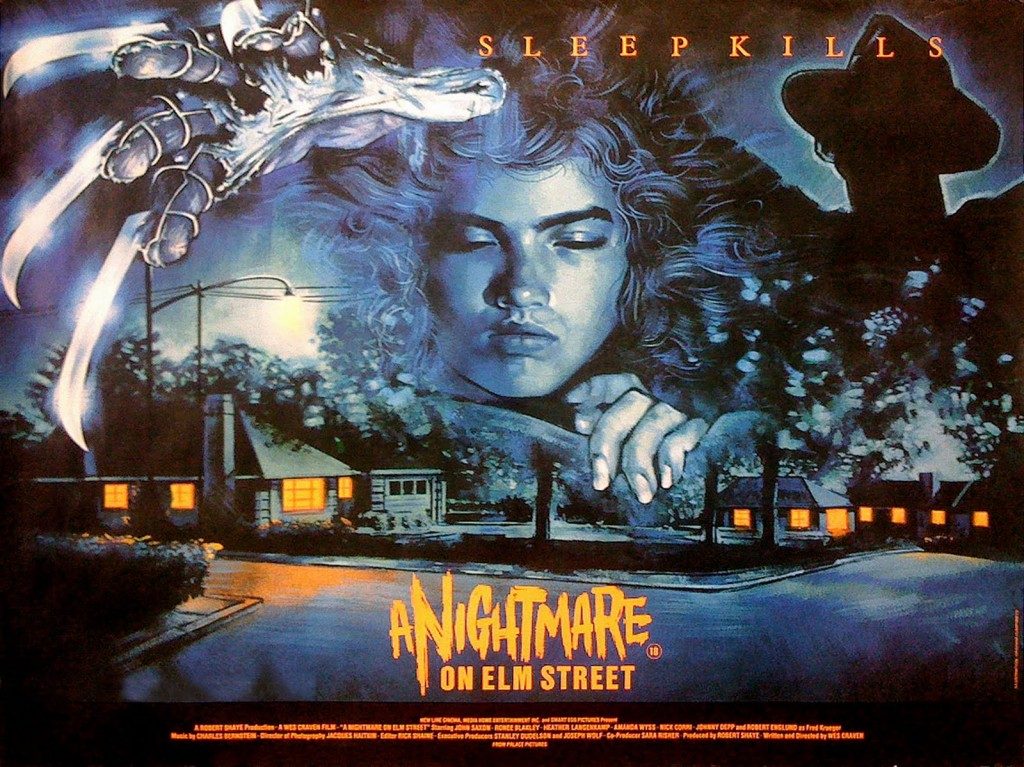 I’m not including this because Robert England (Freddy Krueger) and Amanda Wyss (Freddy’s first on-screen victim) are friends of mine, but because I consider this one of the “new classics” (if you consider the Universals as the original classics)! The terrifying Freddy qualifies as a top-rung monster, with the setting of a suburban America making the horror seem far too possible and far too close to your home! When I first saw the promos for this movie, I honestly thought it might be a foreign production, since some of it seemed so very different from the typical American horror films of that era. Plenty of scares abound, lots of tension worrying about people falling asleep, and the shock of realizing that, without knowing it, you’re in the dream world where Freddy  can attack, makes this a nail-biter that will keep you awake (you’d BETTER stay awake, or…) 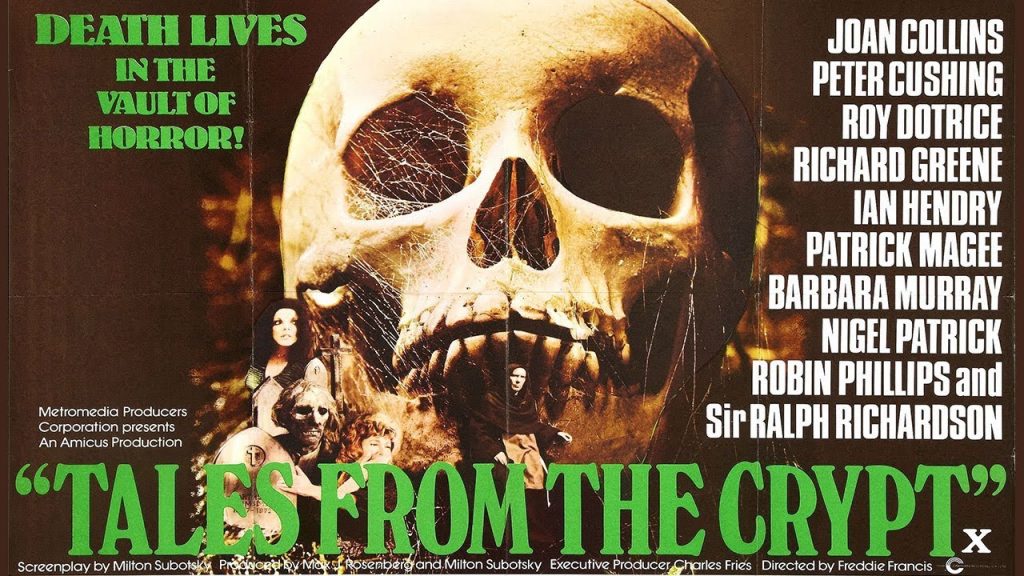 I remember that a friend wanted to treat me to a movie for my birthday, and, when we couldn’t get into a revival of  Charlie Chaplin’s Modern Times, I convinced her to go to see this movie instead. I think she still hasn’t forgiven me. I’ve always been a sucker for anthology movies with multiple stories, and a fan of the old EC  horror comics this was based on (long before the TV series), and this delivered the gory goods! From the psycho Santa stalking the gorgeous Joan Collins, to mistreated Peter Cushing coming back from the grave, to Nigel Patrick realizing his tenants at a home for the blind can see their way to revenge. This one could provoke nightmares that Freddy Krueger himself would be proud of!

Robert Englund would be down for another Nightmare on Elm Street!!